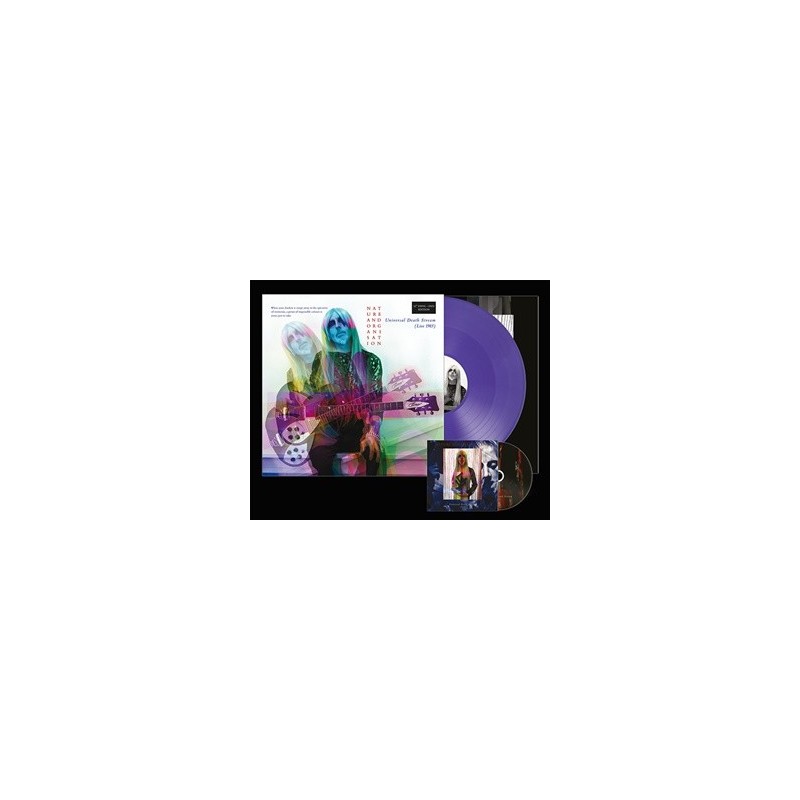 This sees the release for the very first time on vinyl of the extremely rare live recording „Universal Death Stream“ by legendary Industrial / experimental / dark folk project NATURE AND ORGANISATION. This record is a document of a 1985 live recoding that sees the band at their most volatile, raw state, using harsh sounds and screaming vocals contrasted by quieter sequences that show the early form of this band that later grew to be so influential.

To round up this extraordinary release, the vinyl comes with an unbelievable surprise for fans of this hugely influential band – a DVD by NATURE AND ORGANISATION! It consists of an unseen short film made by the band in 1985 with a brand new soundtrack especially recorded for the film in 2016 (the first new recording by NATURE AND ORGANISATION in almost 20 years). The orginal 1985 film has been re-edited by Davidé Pepe in 2016 especially for this release.

This DVD will astound fans of NATURE AND ORGANISATION, this is a glimpse into their never before seen earlier visual work which is now combined with brand new music from a band that no one would ever expect to hear new work from again, this will simply turn this release into an instantly sought after iconic masterpiece, a sincere and rare document that will become truly influential.

„Universal Death Stream“ (1985) was originally released on cassette, which is now extremely rare, and this recording has since been edited by Cashmore especially for this reissue. This is an essential release of this lost documentation of the early influential sound of NATURE AND ORGANISATION, topped by a DVD that many thought would never even be imaginable.