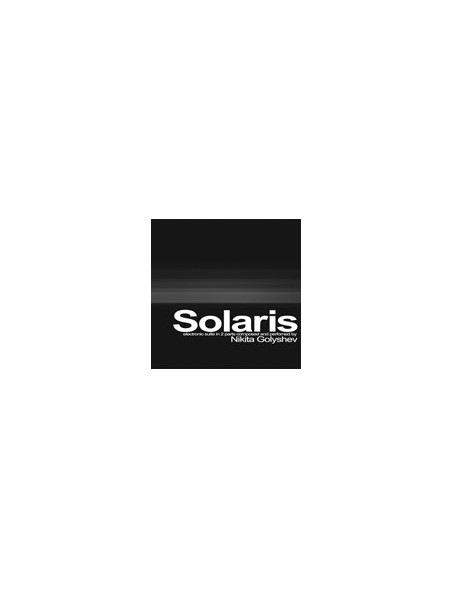 €6.00
Tax included
Last items in stock
Add to Cart
"Nikita Golyshev plays electronic music as if there is not any other music around, as if it had never existed. Dense drones live in strange harmony with micronoises, clicks and glitches, some alien substance, delicate acoustic splendor melodies, hidden in the tracks so deeply that they become almost invisible. Something amorphous is glazing the background, confusing thoughts, breaking fragile stylistic borders. But if you look carefully it turns out that this sustained cycle of artistic self-sufficiency is a place to hide for a boy with an ironic, god-like smile watching as his self-made, localized world collapses. There’s no difference if the sounds will continue to live, or disappears suddenly. Nikita’s music exists in the "here and now", and there’s nothing to add, even for a moment, as long as it plays on your speakers."
Ilias Mikanaev

Beginning in 2003 as the part of duo aptly titled CD-R, Nikita Golyshev quickly became the one of the most promising electronic musicians on the Russian underground scene. His output progressed from rhythmic noise mayhem to diverse and heterogeneous experiments, ranging from machine improvisation through bleak drones to pure processed acoustic minimalism. He released some CD-Rs and published many works online, as well as on his own Musica Excentrica, Electrosound and Share My Wings imprints. He finally recorded the debut CD album under his real name.