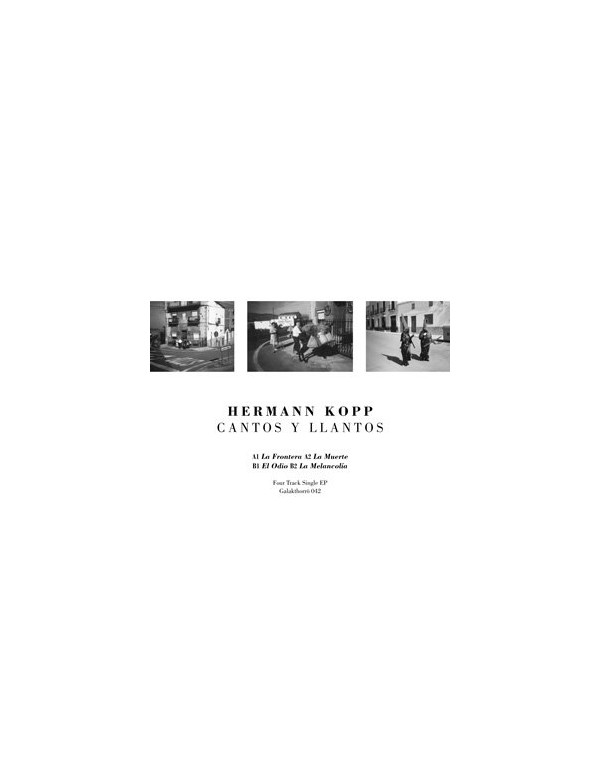 Hermann Kopp’s adopted homeland influences his new work. In the space of four tracks he transports chunks of Spanish tradition into another world. His world. The result is completely free from folklore and scene cliches. A nightmare turned into sound, where wonderful melodies resist decomposing forces. Alongside nekrodramatic instrumentals, Kopp intones in Spanish, and, due to the recording technique, in a very personal tone – almost intimate – at any rate commendably miserable.