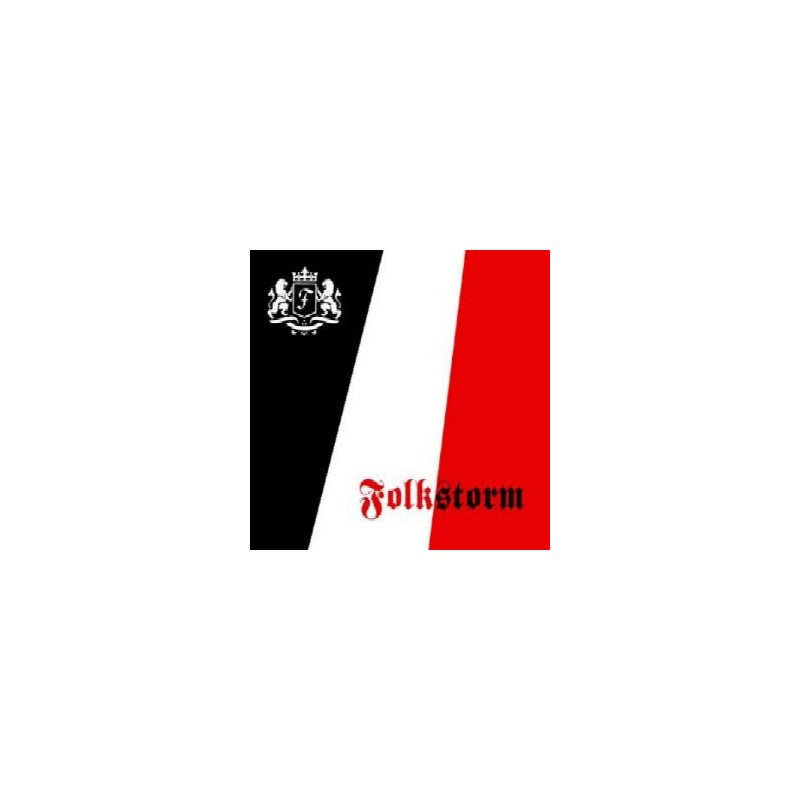 Like a restless zombie that refuses to stay dead Folkstorm once again has risen from the grave to wage war on the world !!!
Mr Nordvargr has been active as usual the last years, but he has focused more on producing darkambient and electronic music, but that is now changing.
Our guess is that he just cant sleep at night if he doesnt let off some steam every once in a while...
The new album FOLKMUSIK is very much a classic Folkstorm album with it´s roots firmly placed in the old-school industrial style, but there is a suffocating quality to it that is new !
While a lot of the tracks are rythmic, harsh and ugly compositions as you would expect,
there are also a few ones which are monotonous monuments of fear, isolation, despair and tension.
Do we need to tell you that this is the most interesting and mandatory release of the year?
Black / White / Red Militant & pretty Digipack .