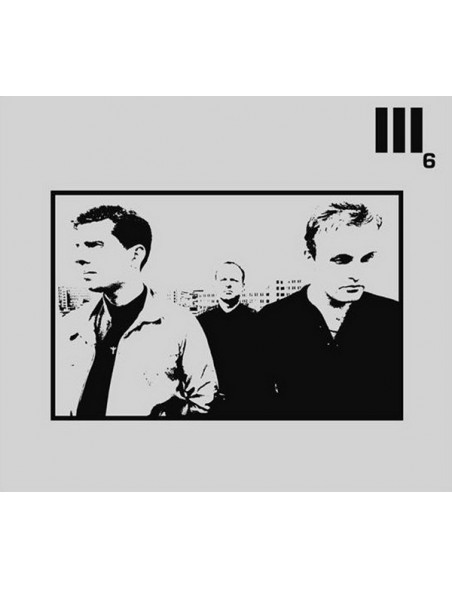 This compilation of DEATH IN JUNE material from 1981-84 was previously only available on vinyl LP released in 1986 and is now reissued for the first time on CD. It's purpose is to tidy history and features tracks from the very beginning to the very end of the original line-up's recordings.

The CD will come in a grey/black ultra-coated debossed 'Repak' of completely recycled paper and will also include the very rare version of 'Black Radio' known as 'Some Of Our Best Friends Live In South America' previously issued on the 'New Horizons' cassette-only compilation released in 1983, plus a recently discovered unissued longer version of 'Sons Of Europe' taken from the 'Burial' album sessions.

The first 2,000 copies of this limited edition not only include an exclusive embroidered patch (the III 6 logo in light grey/black) but also features a DVD, available in both PAL and NTSC formats, of the 'Reunion' performance of the 3 original DEATH IN JUNE members Patrick Leagas, Tony Wakeford and Douglas P. which took place as an encore to the DEATH IN JUNE performance at The Underworld in London on 6.XI.98. This was the first time (and will be the only time) the original trio had played together in 14 years and the historical moment was beautifully captured on video that night by Boyd Rice.

BACK STAGE INTRO
DEATH OF THE WEST
HEAVEN STREET.