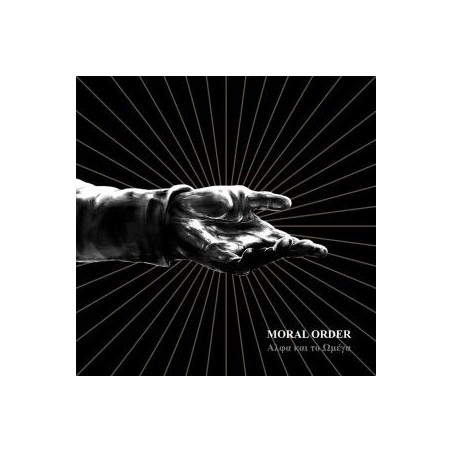 Αλφα και το Ωμέγα is an analysis exercise on the semantics of Moral Order.
Immanuel Kant developed this term during the 18th century in his Critique of Pure Reason to support the argument for the existence of God, being this one responsible for constituting a Moral Order with which humanity can be governed.
The forces of good and evil act as counterweights within the existence of the human being, and the seven new and unnamed songs contained in the fifth full-length album of this award-winning industrial project have much to say in this regard.
A collection of songs in which a resounding darkness is projected, fusing dark ambient with ritual in a unique way, all without losing the industrial essence that characterizes the sound of Moral Order.

The LP comes inside an extensive large LP sized booklet made in the form of a graphic novel with texts by Paíno himself and impressive illustrations by David Marín.