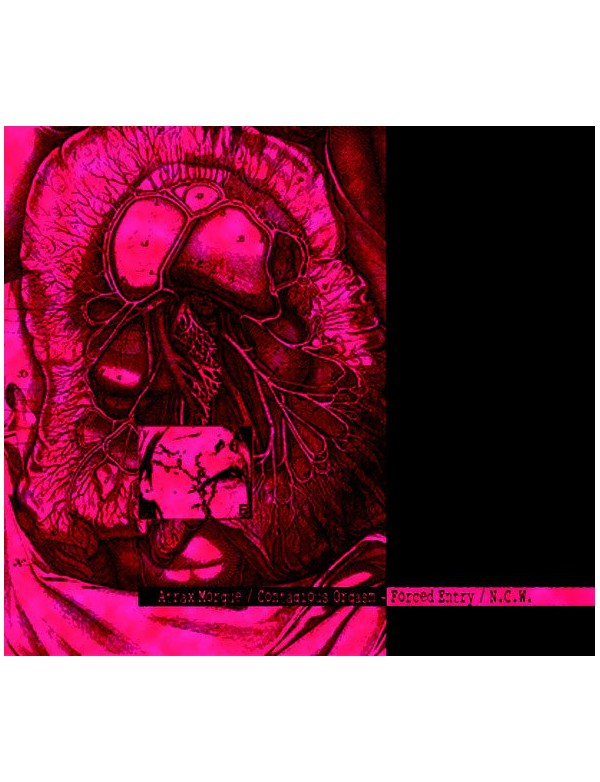 Re-edition of the split tape released in 1996 on SSSM, the label owned by Hiroshi Hasimoto aka Contagious Orgasm.
With the addition of two rare and exclusive tracks released on the "DIFT LABORATORY" tape compilation dated 1994 also out on SSSM.
A unique document on Italian Extreme Industrial Power-Electronics by Marco Corbelli
and the Japanese Dark-Ambient Industrial by Hiroshi Hashimoto.
Cult release, first time on CD.

"Dedicated to MARCO CORBELLI.
We had first contacts around 1992.
The cassette tapes he released was very attractive to me and a trade began.
We participated in the compilation of each other's labels and we traded cassettes for a very long time.
Marco is no longer with us but with this re-release I pray for what you are pleased with"
- HIROSHI HASHIMOTO / CONTAGIOUS ORGASM