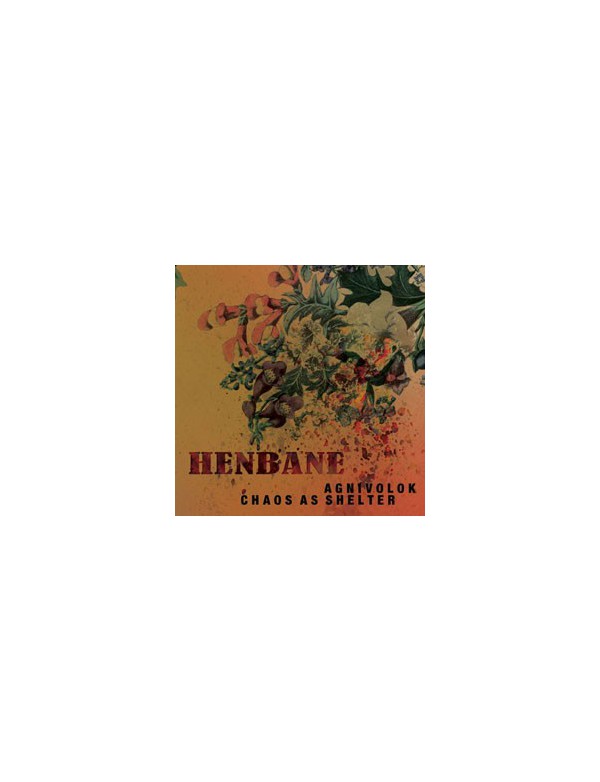 This release for The Eastern Front is a collaboration between Agnivolok and Chaos As Shelter.

“Agnivolok is the neo-folk and experimental music project of Vera Agnivolok, Igor Krutogolov and Vadim Gusis. Vadim Gusis stands also behind the project Chaos As Shelter, his solo project. So this album seems a very logical collaboration, but could it not just been an Agnivolok album? Well, not quite. Since Agnivolok is very neofolk oriented and Chaos As Shelter makes mostly instrumental industrial soundscapes. Both projects take turns with each track, so we go from experimental neo-folk into experimental soundscapes. This way the album has a very interesting synergy. I very much like the, somewhat distorted, vocals of Vera Agnivolok, although I can’t hear what she really sings about, it has a very nice ambience to it. Neo-folk for me is often a hit or miss, but here it’s a definite hit. Because the neo-folk of Agnivolok has very industrial elements, it really fits with Chaos As Shelter soundscapes, to create one somewhat unique whole. With this album I really feel like walking in some dark industrial world, or some torn apart cities, and then getting some narrative in-between. It has therefore a somewhat cinematic quality, sometimes even theatrical. A very excellent release, even if you are perhaps not really into neo-folk. Though both projects have a significant sound of their own, together it works very well because they complete each others input. The Eastern Front has already delivered some fine releases, and this one they can put up there with some of their best albums!” ---written by Fabian (Gothtronic magazine www.gothtronic.com)