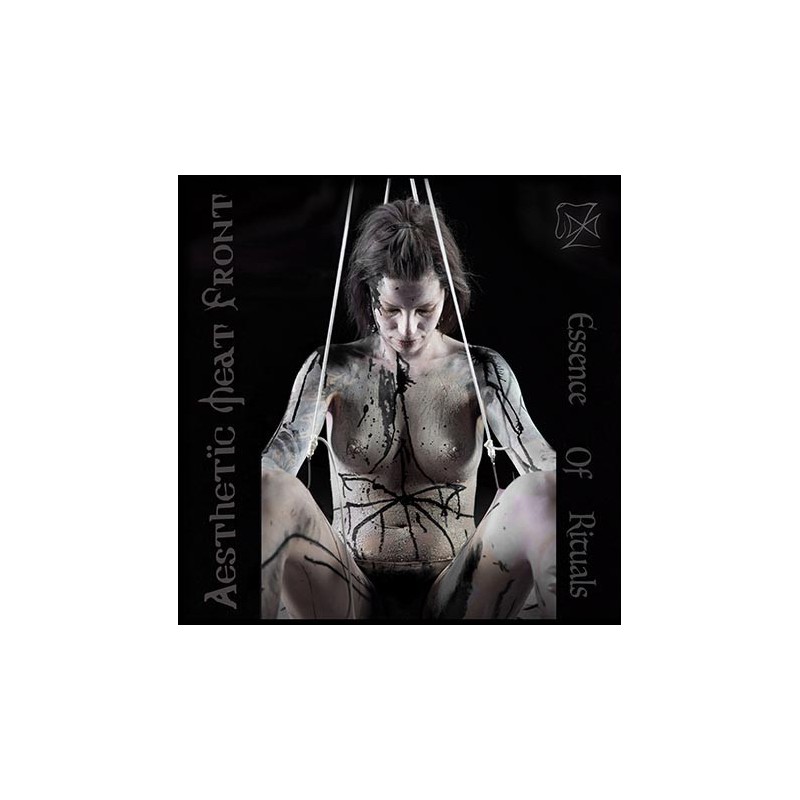 ESSENCE OF RITUALS: In contrast to previous releases this album reflects more of the raw energy from the public rituals of AMF instead of being a separate concept release that is born in the studio.
Only source for “Essence of Rituals” are sounds selected from 9 puplic rituals over the course of 7 years.
Those sounds are dissected and forged into a sonique dreamscape.
Most of the instruments used at the rituals of Aesthetic Meat Front include the human body in one way or another.
For example the heartbeat of Louis Fleischauer during suffocation, brainwaves at the moment of piercing and thereafter, amplified springs that are connected to the skin via hooks, the ultrasonique sound of an embryo.
Thus the euphoria and agony on stage can be shared with the audience in form of sound.