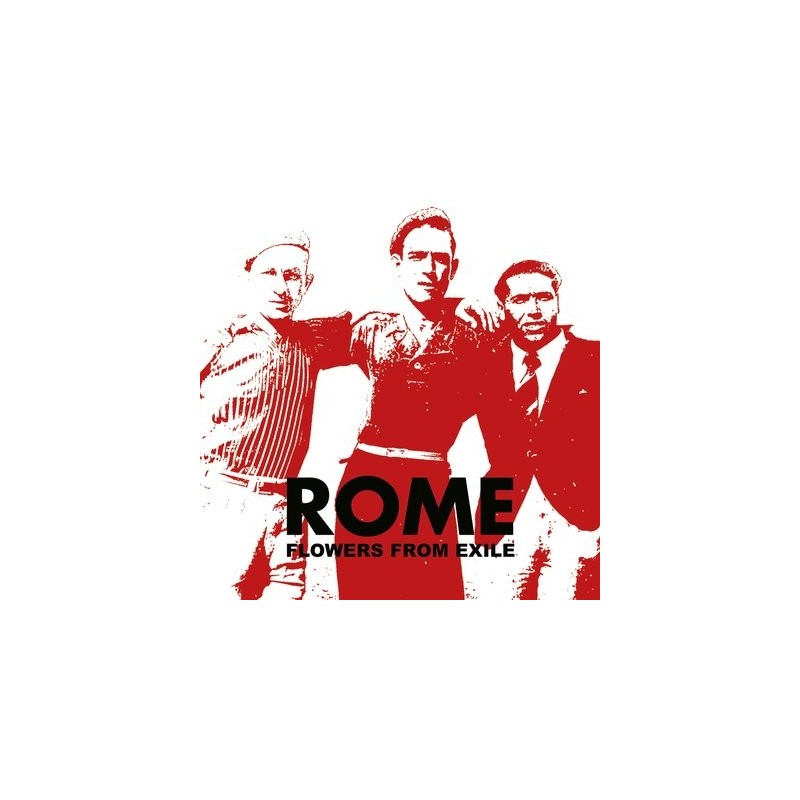 Similar to the early albums of the legendary songwriter Leonard Cohen, stories from the (inner) exile are told here with fatalistic gestures and dark timbre; of the longing for a lost homeland, of loneliness and eternal travels, but also of unexpected friends far away and the actual homeland in your own heart. Songs such as 'The Secret Sons of Europe' or 'To Die Among Strangers' (which was previously released as a CD single) form a song cycle full of metaphors for estrangement - the poetry of longing. Highly detailed arrangements use the sound of the flamenco guitar as well as mysterious samples, pulsating beats and sad melodies. In ROME's songs there lives a stoic sense of the melodramatic. As well as Cohen, one must look to icons such as Tom Waits and late Johnny Cash in order to be able to describe the lyrics and voice of Jerome Reuter.

'Flowers from Exile' is just as much an emotional as a critical work. The personally stamped album of a modern singer-songwriter which tells of journeys both within and without. Jerome Reuter's moving vocals and Patrick Damiani's complex musical arrangements leave the musical roots of folk far behind and send these 'flowers from exile' to all listeners who are willing and capable of feeling the dignity, the hope and the pride behind the lyrics and who are prepared to recognise themselves in those restless spirits whom the twelve part song cycle conjures up. Into the heart...