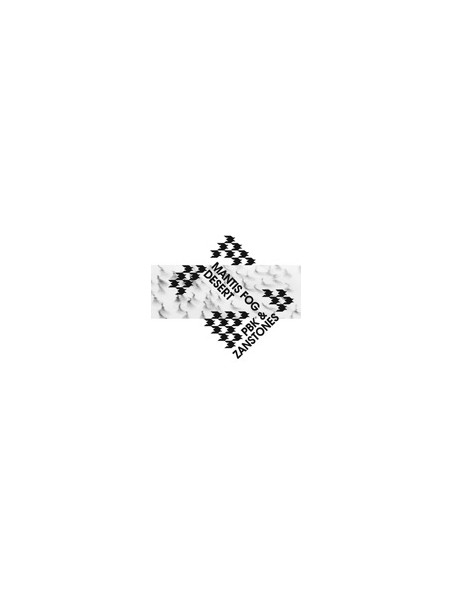 The new collaboration of PBK and Zan Hoffman (Zanstones) is the experiment in perfect interaction between noise music, ambient approach and electronic sound, with organic and sometimes even psychedelic output. For both artists, being active in the underground music scene for many years, this album is very distinct and peculiar showcase of their endless creative potential.

Zan Hoffman started his musical activity in 1984 and released an impressive amount of albums - more than 1000 releases under dozens of pseudonyms like Zanstones, Zanoisect, Bodycocktail, Masters Of The Ungentlemanly Art etc, including the collaborations with Francisco Lopez, Minoy, Agog, Jeff Surak, and other fellow explorers worldwide. Almost all of them were self-published by his own ZH27 label on tapes/CDRs and later on the net.

"His music cannot be tied to one genre, ranging from Dadaist pop music, to heavy electronic noise-drone and enigmatic, or alternately, playful sound collage. Zan is a both a wonder and curiosity, a fringe artist whose work is as underground as it gets, yet after 26 years of extremely prolific creativity his music has been basically ignored by the underground music press and record labels. I never understood that. However, I don't think Zan loses too many night's sleep over it, he is already into his next project or musical collaboration." Phillip B. Klingler (PBK)