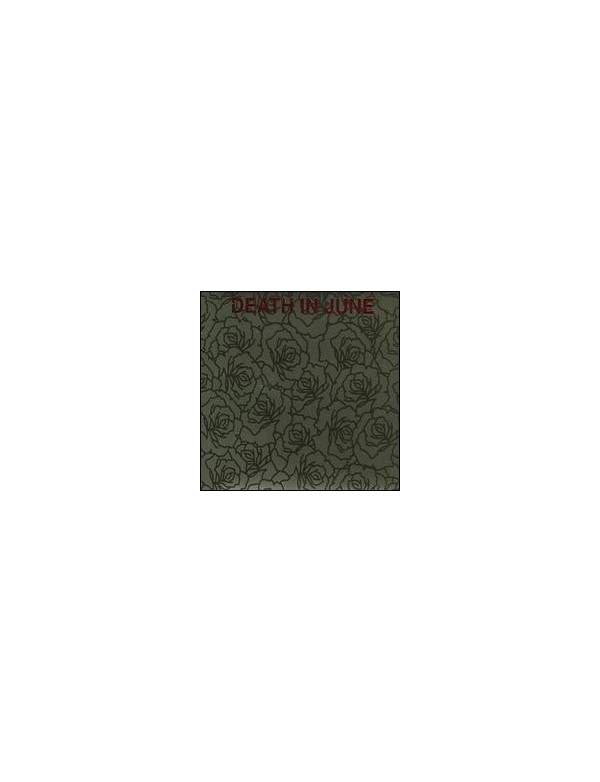 Death In June - The World That Summer [CD]

here is nothing more beautiful or so alluring than self-deceit. In a World full of dead ends there is little to hold onto. One sees oneself in how one stands in relation to others. That can be a lonely picture. Lies, therefore, dominate. Sedge grows in the fen flourishing in the water burning the blood of everyone who touches it. There is no cure. When all seems lost, something unexpected happens. To taint beyond redemption, The World That Summer. NERUS, in association with Soleilmoon Recordings, announces the availability of the standard digipak edition of Death In June’s “The World That Summer”. This edition follows the shock-and-awe carved soapstone box with double CD version released in December 2006. That edition, limited to 1000 copies and now sold out, already commands a stiff premium on eBay. Death In June is the musical brainchild of English folk musician Douglas Pearce, better known as Douglas P. Death In June was originally formed in Britain in 1981 as a trio, but after the other members left in 1985 to work on other projects, the group became the work of Douglas Pearce and various collaborators. Pearce now lives in Australia. Over Death In June's two decades of existence, numerous shifts in style and presentation have occurred, resulting in an overall shift from initial post-punk and Industrial Records influence to an overall more acoustic and folk music-oriented approach. Although sometimes considered controversial, Death In June has become very influential in certain post-industrial musical circles. Pearce's influence was instrumental in sparking neofolk, which his music has subsequently become a part of. NERUS is Death In June’s new American imprint. The label was launched in 2005 with a collectible T-Shirt (NERUS 1). “The World That Summer - 20th Anniversary Edition”, issued in 2006, was the label’s second release, followed in the first two months of 2007 by “The Phoenix Has Risen”. NERUS is distributed by Soleilmoon Recordings. The official websites for Death In June are located at www.deathinjune.net and www.deathinjune.org.