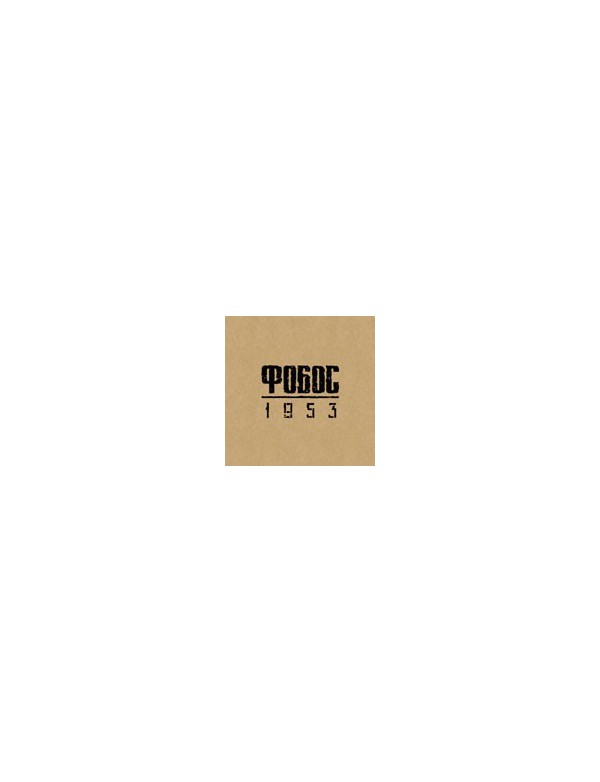 €11.00
Tax included
The name of Anthesteria is already well-known to the connoisseurs of Russian post-industrial music. This project has released two solo CDs, a collaboration work with Stalnoy Pakt, and a number of tracks on various compilations. After this the project's leader George Beloglazov founded his own multimedia studio Phantomery Interactive and focused his attention on creating computer games with an unconventional author approach... After releasing the appreciated game "Sublustrum" ("Outcry") filled with the spirit of decadence, steampunk and sombre surrealism, spring 2010 saw the release of a new psychological quest - "Phobos 1953". The action takes place in March 1953 in an abandoned Soviet bunker - a place of strange experiments on the human psyche. The game explores such themes as the limits of mental possibilities, the electronic voice phenomenon, experiments with thought-transference and impact of fear on the human organism... The game soundtrack, presented on this CD, embodies the project's concept in sound. Imbued with an industrial atmosphere, leisurely soundscapes turn into states of calm estrangement and isolationism. Excursions into the unknown corners of the consciousness bring to its surface old memories and long forgotten yet vaguely familiar images... and laboratorial claustrophobia grows into light melancholia. This musical picture is performed in the trademark style of Anthesteria combining abstract dark ambient, melodic neoclassics and experimental sonic artifacts... The release is packed in a DVD-size double cardboard sleeve with full-colour cards depicting game locations and fragments of a book about mental suggestions from 1962. Released in cooperation with 7Hz Publishing.