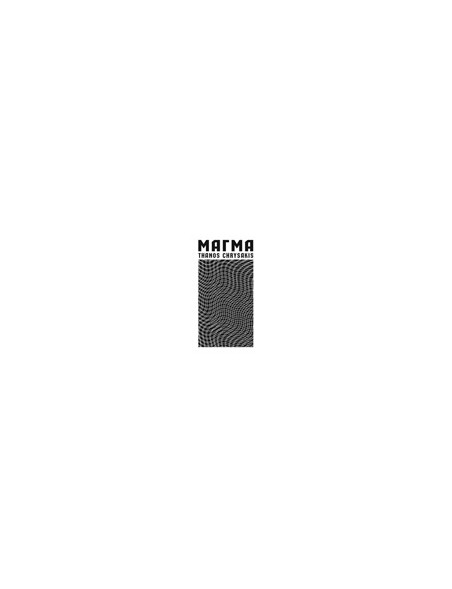 "Magma" is nearly half hour long electroacoustic piece, recorded in 2011 and presenting one of the best compositions by the artist. For this work, he extensively uses electronic devices, acoustic sounds and field recordings.

Thanos Chrysakis’ output consists of composition, performance, and installation. He was born in 1971 in Athens, residing for the last 12 years in the UK. His work has appeared on various independent labels, and events in several countries while since 2007 he operates the Aural Terrains label. He composes for electronics, acoustic instruments and environmental sounds, focusing on the structural and aesthetic capacity of sonic matter. His works were selected at the international competition De musique et d'art sonore electroacoustiques de Bourges 2005 and in 2006 at the 7th international electroacoustic competition Musica Viva in Lisbon. His current performing projects are collaborations with Wade Matthews, James O’Sullivan, Dario Bernal-Villegas, and Jerry Wigens.
The music on this cd breaks the boundaries between experimental electronics, electroacoustic, glitch, microsound and ambient, as myriades of colliding sounds coalesce and interact in a minimal, abstract sonic dramaturgy.
1. Magma 30:38
Reference 648 Category T Brand Monochrome Vision
Quick View