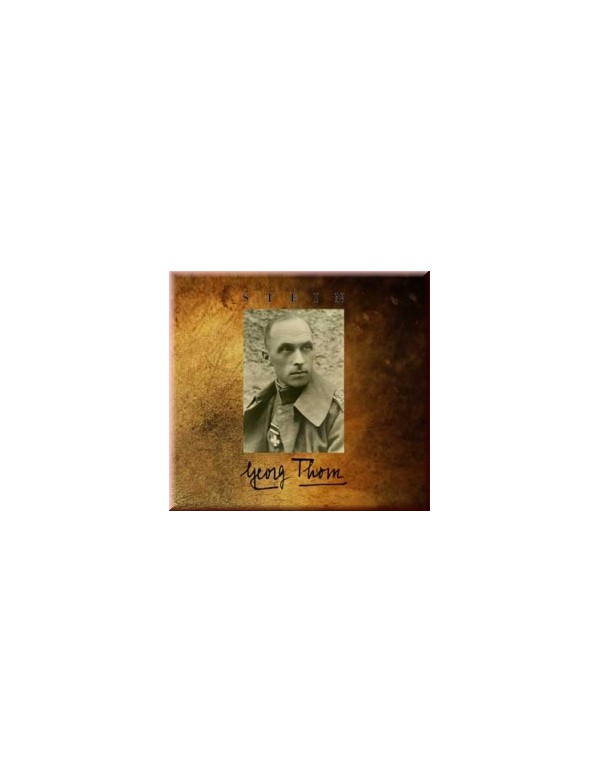 The new STEIN album is based on poems written during the time of  the first World War by Norbert Strahl’s Great-Grandfather Georg Thom. It’s a collection of poems he wrote and handed over to his wife later on. Some of them were already used on previous albums longing back to the days of DIES NATALIS („Gedenken“) and SEELENTHRON („Heimkehr“). „Georg Thom“ features twelve tracks of pure German neofolk STEIN as well as SEELENTHRON or DIES NATALIS are known for.