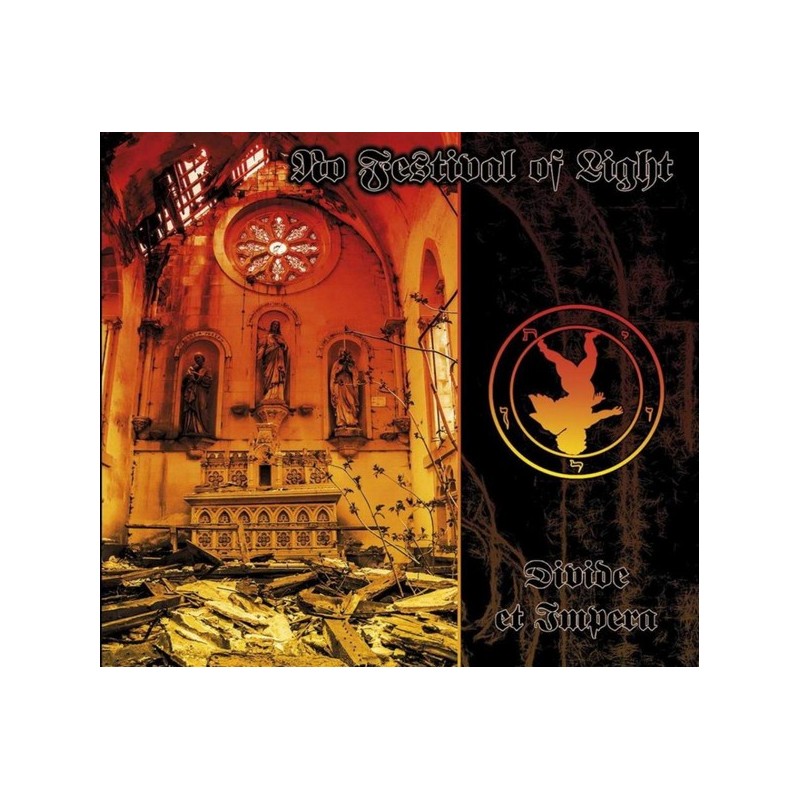 No Festival Of Light is the best kept secret in the annals of dark industrial Swedish tradition. For decades Fredrik Bergström’s guilty pleasure lingered at the backyard of the world to sporadically cast a shadow of minimalist ritualism and evaporate in enchanted air again. An unorthodox approach and such deceptively simple music itself stirs all the senses to trigger morbid addiction, affection and unconscious share in blasphemous conspiracy. The 2CD set manifests rhythmic and ambient mind-numbing versatility of the project ranging from the debut “Divide Et Impera” (1994) mixed by Jouni Havukainen / In Slaughter Natives, to cryptic “Tape 1” (1996) originally released by Slaughter Productions, to various arcane compilation tracks featured on labels like Abyss, Slaughter, Thaglasz, Art Concept, to rare unreleased two live sets in Belgium and the USA in 1998/99. “Within the pleasures of the flesh, rests the Salvation of the human spirit”. For the lovers of early Cold Meat Industry and Slaughter Productions era, projects like Morthound, Ordo Equilibrio or Kranivm. A 2CD edition in a 4-panel gloss-laminated Digipak in edition of 300 copies. Co-released with Eibon Records. The special edition comes with a T-Shirt.