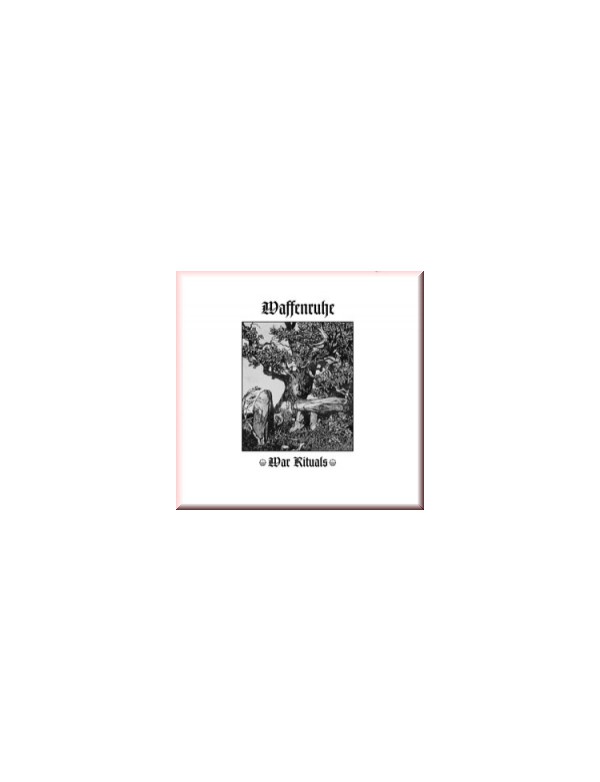 Six years after the first sounds were created under the monicker of WAFFENRUHE their first full-length album finally will be released. Several smaller albums were issued in the past, mainly containing older material where WAFFENRUHE could have been considered as classical Military Pop or melancholic Neoclassic. „War Rituals“ now contains new compositions which could be described as Militant Martial Music. 13 tracks of pure Martial are confronting the listener with the trademarks of that genre – forming an ode to martial heroism and a wake up call to the warrior within us. The album should not just accompany the music, but also arouse in a period in which the old attributes of mankind seem to suffocate in unbearable lethargy.