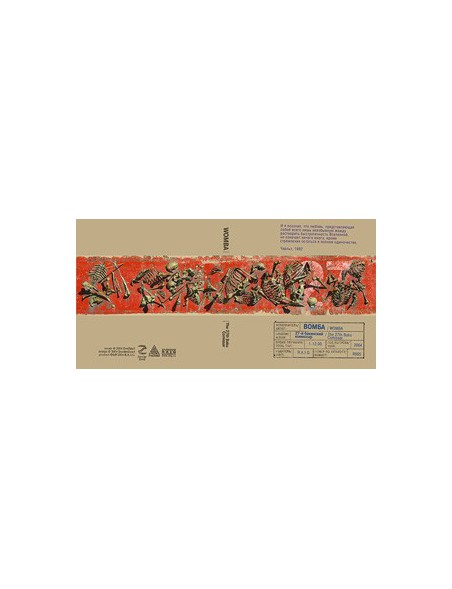 €6.00
No tax
Add to Cart
In accordance with the album title, "The 27th Baku Comissar" – 26 Baku commissars were Azerbaijan revolutionists who formed a sort of people’s governing body, the Soviet in 1918, but were arrested and shot soon after by interventionists from the British Task Corps – offers 27 fragments of minimalist drone aggression which shrives fleshes down and shakes bones up. Not noise, but a textured and tangled experiment schemed to subdue tympanic membranes and seduce one’s numbing consciousness. At times, a paranoiac voice is added to sampled natural and found sounds, and the creation can suddenly change to harsh-beating industrial paranoia.
Reference 1323 Category W
Quick View