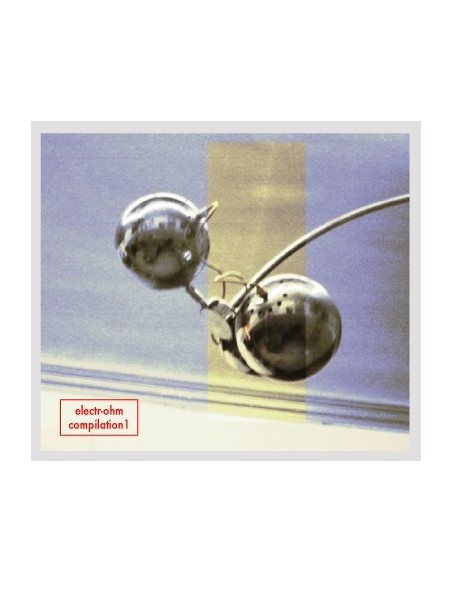 €3.00
Tax included
Add to Cart
Review by Mick Mercer : Many years ago, when a lot of you were still unable to read or write, or even take solid foods, the Punk scene gave way to a brief experimental period which showed that hundreds of bands wanted to also do what the punks had done, and fulfil their musical destiny. This wasn't the commercial New Wave army, but the birth of the Indie scene, and during times like these, maybe it's natural that people are going back to more artistic ways to express themselves. EPK describe themselves as Noise Coldwave, inspired by Industrial acts, and that's fair enough, for here there are loose-limbed creations, like mutant experiments, where just the husk of an idea is quite enough to propel them forwards for a few feisty, musty minutes in a way which doesn't seem common, or even current, and therefore holds you with its spell. An ugly enchantment much of the time, but also quite exciting. First let me tell you that they have developed. As well as this basic seven track CD, I received a one track CD which contained the song ‘Les Secrets Suspendus', that was cinematic, like a drowsy, blurred Tricky, with synths fluttering prettily and juicy beats, where the occasional intrusion from the bounding drum machine was fantastically inspiring. Tunes like this need a long stretch for a slight gap and dragback to work effectively and they have the discipline necessary to make that work successfully. It's mood music for when your mood is slightly mental. (But for God's sake do better artwork. You can barely work out the song titles or url!!!!) On this album, which is presumably slightly earlier work, they conjure up a few ghosts, mainly from the early Factory days (people like Section 25 and Crawling Chaos) as well as This Heat or Cabaret Voltaire, where people are using the simplest of instruments and grappling techniques to wring sense of instruments they don't have great mastery of. The bass is particularly dismal and holds them back. The singing is talking, more or less, with snarled, heavily accented English. This all adds to their allure, somehow. At times their energy, their determination burns through the brittle tunes, in a way most bands won't understand. I sense in this the same thing I did back in the day, when bands believed anything was possible and didn't care if it wasn't. This ties in beautifully with what I was trying to impart the other day and punk and fanzine mentality, where we refused to accept second best, which is a total contrast to current UK Goth bands who, with a few exceptions, don't really believe they're good enough to succeed, on every level, and therefore aren't. I haven't listened to music like this for quite a while, which really does stand to one side of current thinking, while having all the same empathy and desires. They have somehow stripped things down, having imaginations strong enough to create something insistent, out of almost nothing. I would advocate serious research into them by you all. Mike Mercer
Reference 1268 Category VARIOUS ARTISTS
Quick View