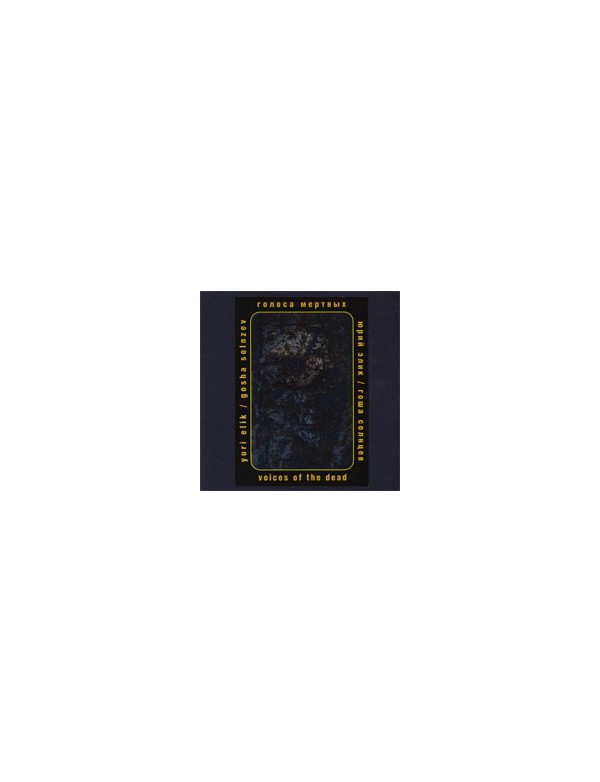 Voices Of The Dead [DVDR]

For a start, let's introduce the artists:

Photographer and videoartist Yuri Elik is primarily known as one of the founders and permanent members of multimedia project 2012, creating audio-video installations on various contemporary art festivals (SKIF, Heilige Feuer, Multivision, etc.). Apart from this Yuri performs on his own making video- and slide-shows for a number of experimental musical bands in St. Petersburg. Yuri is also the video show author for the performances of Simon Magus ballet written by D. Kakhovskiy and the designer of several CD artworks and websites.

Gosha Solnzev (also known as "Van Gog" - 1g0g) - big industrial showman, leader of the project Noises of Russia well-known in Russia, organizer of several festivals, such as "Noise vs. Glamour", "Military Days", "Noisy Women", etc. Gosha has always claimed that he plays funeral music, so it's no wonder he showed interest in the phenomenon of voices of the dead, discovered by Friedrich Jürgenson in the late 50s of the past century. Electronic Voice Phenomenon (voices of the dead, Raudive voices) are the voices of anomalous origin appearing while making records on tape recorders or other electronic audio devices. EVP researches claim and have proof that this is a possible way of communication between physical and some other non-physical planes of existence.

The exploration of this phenomenon led to an effective cooperation between Van Gog and Yuri which resulted in a series of live performances with the "Voices of the Dead" program and this short film, with 24 minutes an obscure psychedelic drama evolving in front of the spectator. A multi-layered collage of concrete visual images and kaleidoscopic colour fields constantly transforms, accompanied by unusual and uneasy sombre ambient with real voices of the dead samples interlaced in it's structure.

As a bonus this disk also contains a 12-min. slide-film "City Spirits": alternation of photos by Yuri Elik with his own soundtrack constructed from city noises. Yuri skillfully focuses attention on subtleties of usual things that remain unseen to the eye of a usual human being, generally too busy with thinking over his insubstantial problems and forgetting about the beauty of the world surrounding him.

The release is packed in a special cardboard sleeve and goes with a booklet with an encyclopaedic reference about the phenomenon of electronic voices.