Tony Wakeford - Not All Of Me Will Die [CD] 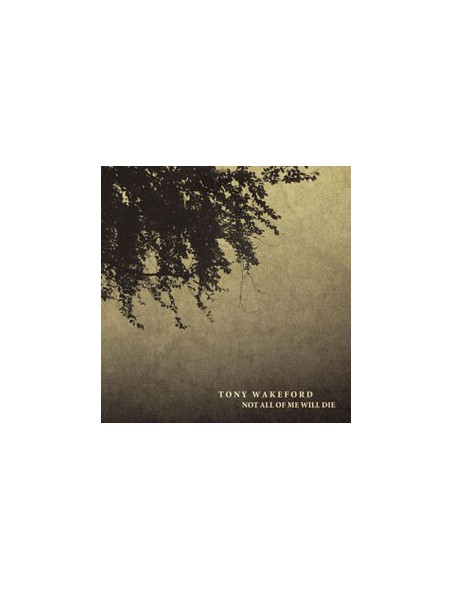 «Non omnis moriar»—«Not all of me will die». Over 2000 years ago, the Roman poet Horace wrote this line. Its poignant defiance of human mortality and faith in the transcending power of art rings out down the ages, finding an echo in this new work from Tony Wakeford, best known as the founder of seminal English dark folk band Sol Invictus. Not All Of Me Will Die is Tony Wakeford’s fourth solo studio album. It commemorates the life and work of the Polish-Ukrainian Jewish poetess Zuzanna Ginczanka, who was executed by the Gestapo in Kraków in 1944. All of the album’s lyrics are based on Ginczanka’s verses. As with his last solo outing, 2007’s Into The Woods, Tony Wakeford is joined here by a range of guest musicians and vocalists, including avant-garde composer Susan Matthews and members of Orchestra Noir, Zunroyz and Sol Invictus.

There are many layers, emotions and effort On the fourth solo album of Sol Invictus' Tony Wakeford. Conceived from the powerful words of Zuzanna Ginczanka, a Kiev born, Jewish poet who was executed by the Nazis and almost forgotten completely until years later. A powerful statement it is – Non omnis moriar – Not all of me will die, from anyone who is headed to where so many have gone, never to return. Wakeford knows this, and through this album, released by the Israeli Eastern Front, he brings her back to a bright light. Her works handed with a delicate, yet powerful hands. "Not all of me will die " is a powerful statement through a powerful album; and realized with the help of many band members who were using various instruments, including several Violins, Flute, Clarinet, Keyboard, guitars and more, it was not an easy feat either. The two main, and titled, tracks are "Non omnis moriar" and "Fulness of August", both created from the text of Ginczanka and the singing and music of Wakeford and the rest of the players. Even with the marching percussion that opens the album, Wakeford's work is intimate and sensitive, and as we go deeper into "Non Omnis Moriar", the many layers of musical instruments seem to pay attention to each other, forming a melancholic and full environment. The text will come later on. I was trying to pick a line for a quotation, but Ginczanka knew better than that. The entire text is a powerful buildup of words, senses and emotions, and the only line I can mention without ruining the poem is the line that was added elsewhere on the great looking insert sleeve – telling the reader that on one black day, a Cracow morning, they led her out and shot her dead. Wakeford's echoing callings, reminding over and over that not all of her has died, are a reminder that she was correct. "Non Omnis Moriar" is a haunting song, lasting over twenty minutes of hypnotizing loops and musical developments. When it gathers more strength, it is done with the help of the drums, which pushes forward the part nostalgic, part romantic opus. Track number two might be thought of as an intermission at first, but musically you can find many fabulous events within it, such as oriental developments inside soft electronic and soft rhythmic passages. Even the more powerful, metallic whips lashes are blending evenly with the rest of the music, making this nameless track a wonderful one. "Fullness of August" is a natural progression from the previous track. Singing another marvelous poem, Wakeford is softly gliding through tiny bells and dreamy music which almost brings to life some of the scenery that Ginczanka describes with her words. Track number four is taking a slightly different route. The dominant violins are making it much more edgy and dramatic, blending perfectly with the voices of Suzan Mathews and Maria Vellanz , chanting over and over the title of the album. It seems that from here forward, Wakeford is shedding different light over the places we were in at the beginning of the album. If the beginning was warm and sensitive, the music is slowly getting more haunting and even threatening. Declaring that not all of me will die from the safety of my home is one thing; Declaring it while marching on to death is something different completely. "Not all of me will die" is a powerful album with powerful roots and a once dying stem that survived against all odds. I imagine most of those who are into this musical genre to know Tony Wakeford and his work, past or present, and "Not All of me will Die" is another great step to take with him. A memorable step as well.