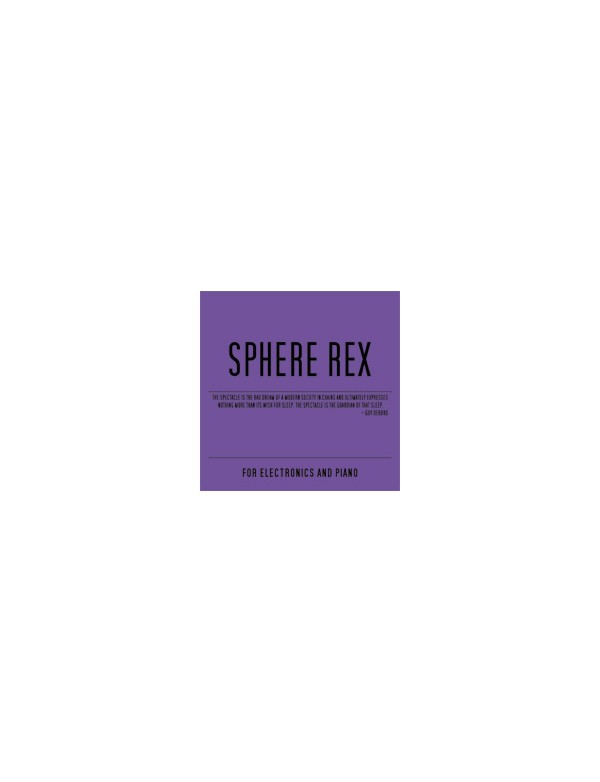 Sphere Rex
"For Electronics and Piano"


* bandcamp.com Muzyka Voln in cooperation with the Moscow label Monopoly Records and the Voronezh label Shadowplay Records presents the solo album of one of Cyclotimia members - Sphere Rex.

The word "ambient" came into the musical culture after the same-name solo album of Brian Eno, a member of the British art rock band Roxy Music. Legend has it that the musician was in the hospital and had nothing to do but to listen to the noises behind the window, and so he noticed a certain structure and musicality which he later started to imitate with the use of tapes and musical instruments.

Of course Eno wasn't the one who discovered this music style first, as before him the ideas of "background music" were developed by the French composer Erik Satie, and the concept of "the art of noises" was stated by the Italian futurist Luigi Russolo. However it was Eno who recorded in the 70s a series of albums with compositions which, so to say, laid the foundation of all contemporary ambient music in its boundless variety: from inelaborate "new age" to club "chill out" to harsh and experimental "dark/drone ambient".

Sphere Rex plays ambient in this uncommon for today traditional vein, combining minimalism and "background"-style of electronic music a la Brian Eno and piano improvisations based on proto-ambient ideas of Erik Satie. This music is able to calm down and lull to sleep like alpha-wave rhythms or paint weird images guided by the surreal titles of compositions in one's imagination. For the goals of complete authenticity only analogue devices were used in recordings, as well as tube preamps and compressors from 60s-70s.