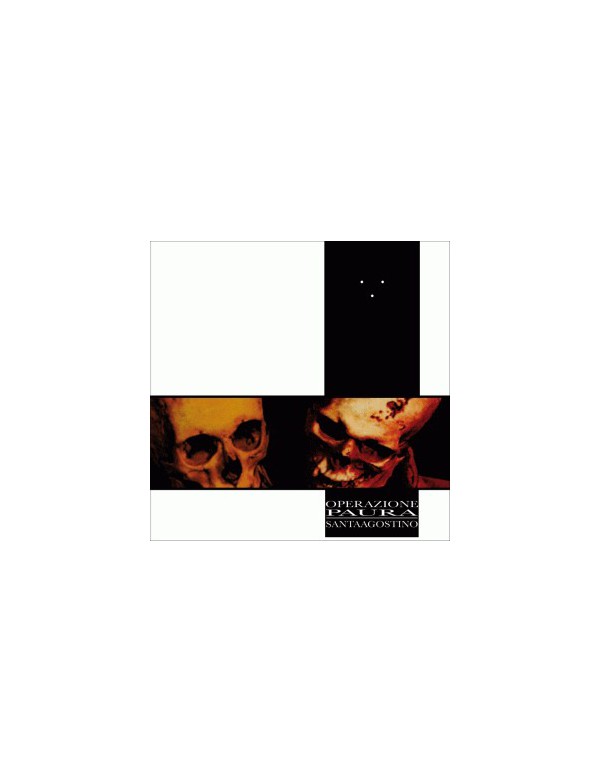 €11.00
Tax included
SantAAgostino tell of the Noises from Beyond the Gate.
SantAAgostino play the Journey of No Return from the Death Phase. SantAAgostino sing the Dark Zone of those who met the pain-soaked Demiurge and came back to Earth without forgiveness for their sins. SantAAgostino write about the laments and the looks of those who saw beyond the coma and came back. SantAAgostino feel the return of those who died and are reborn more rotten and foul than before.
Operazione Paura is a tribute to music and cosmos energy: the same energy that santAAgostino trio was permeated with during the opus and the esecution of the pieces.
Operazione Paura is a total turning not just for the band but for dark, ambient music and noise, generally speaking. That’s because santAAgostino is like a meteor crashed onto the Earth disarranging all the balances, rhythmes and cycles. After the crash the planet seems to be perished but, in the inner part, the new fire of life is burning. A brand new energy developed in a new way of living, of thinking and being.
Operazione Paura speaks of the filmic and horrorific fear, mind trap “to kill” atavistic thoughts and all those mental factors that trapped the man into a selfmade cage in his own mind, through the mind itself. Operazione Paura is an awl that, slowly but inexorably, drives the listener to a dimension where there is no thought, no images, no more conceptualizing, nothing still exhists: there is just a huge solitary desert now, where sounds spontaneously flow creating new monster beyond space and time. It’s a place where new divine dynasties born, spreading their seed, in order to bear a brand new reign far from the borders that we can’t even imagine.
1483
5 Items