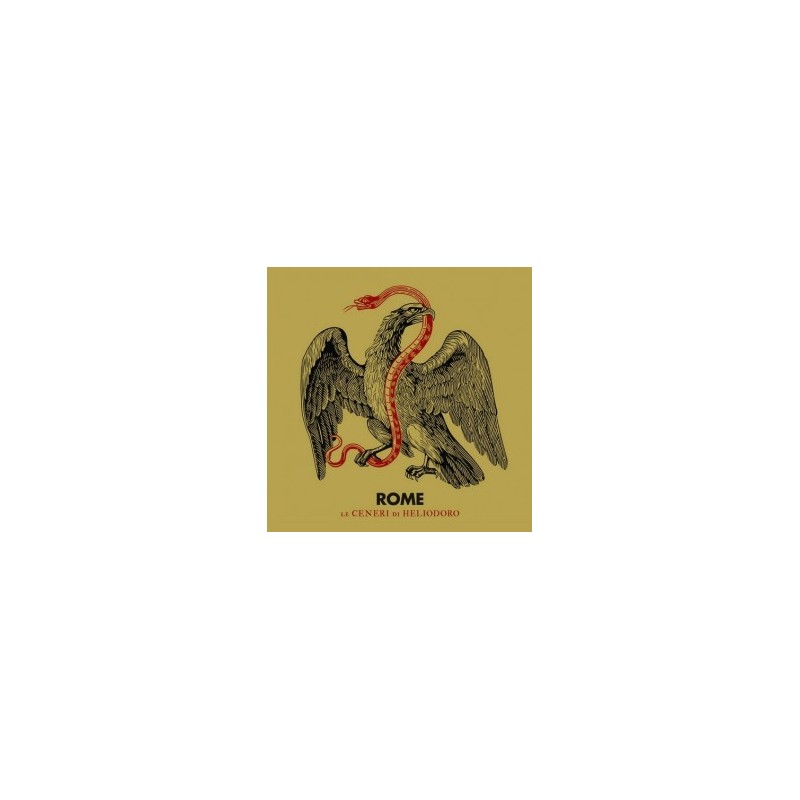 ROME - a city under siege. A city in flames. It remains impossible for the beholder to discern the parties at war, but it is obvious that the whole continent is in uproar. On 'Le Ceneri Di Heliodoro' ('The ashes of Heliodoro'), ROME's mastermind Jerome Reuter does not shy away from the provocative and ambiguous and thus tackles new terrain and touchy subject matters such as Europe's dissolving unity, or its relations to the US and the fragile fraternity of its nations. The questions of continuity and identity have marked this decade of decline and have left an undeniable impression on Reuter's work. But what will come of this mysterious Heliodoro - prophet or demon, saviour or slayer? Reuter leaves these - as most other questions - unanswered in this neofolk tour de force.

This 13th album, indeed, marks a return to the martial folk origins of the project and it is a grim and bleak picture Reuter is painting in these poignant folk songs. We are left with having but one choice: to try and find the necessary strength within ourselves, if we are to survive this turmoil. Thus, inevitably, the album is also an homage to ROME's unique brand of outsiderdom.

We are left breathless. The city is alight in flames, delighting our eye in the beauty of its ruin. Uropia O Morte!