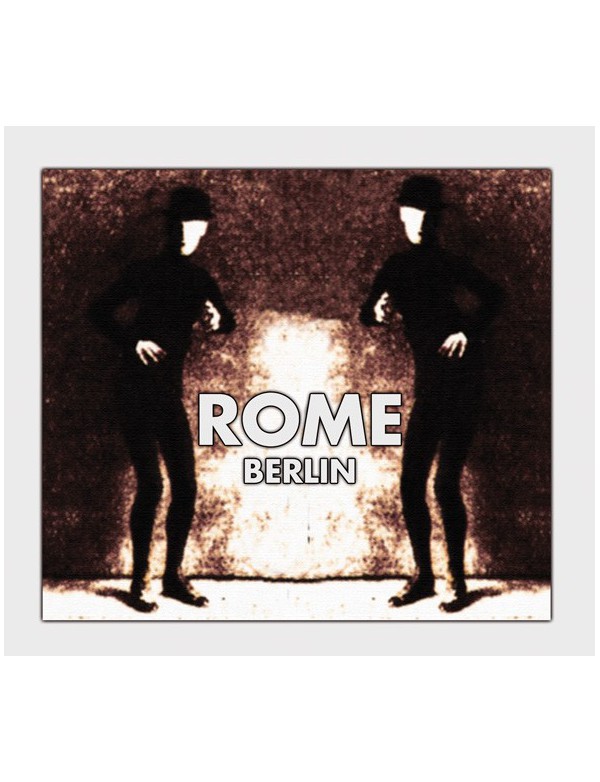 This surprising new star on the apocalyptic-folk-scene sprouts from the punk and sing-songwriter genres, and has now combined these attitudes with a sombre and experimental martial-folk with a strong personal imprint. ROME is about emotive songs that are both catchy and disturbed. These songs awake memories of love and death, with the reoccurring themes of despair and loss, guilt and grief, might and war. With the cynical opening line Once we learned to speak we learned to fail, the band sets a grand colour to this exquisite candy piece of 6 exclusive songs. "Berlin" comes in a very appealing digipak. The first edition of this debut mini-album has long been sold-out since its release in 2006. Trisol is both honoured and proud to finally make this release available again to you. Due to Jerome's constant changes of address during the CMI years some original artwork files have been lost to time. However, the artwork has been restored or partially re-invented and even enhanced with a booklet containing all lyrics and additional photographs. TRACKLISTING: Like Lovers, The Orchards, Une Autre Vision, Clocks, Wake, Herbstzeitlose