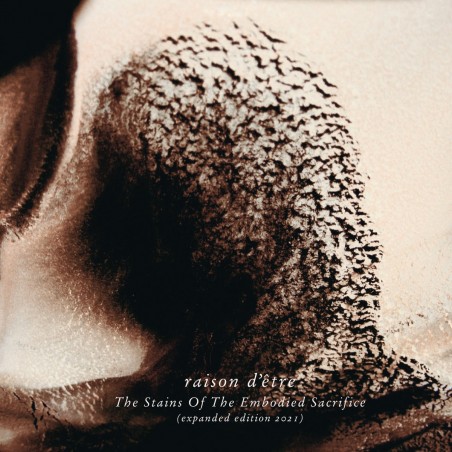 "The Stains of the Embodied Sacrifice" is not only vibrating on the surface of your skin.
It is alive and breathing, a creature with a knife that cut deep wounds in your body while your soul shatters for air.
It is a psychosomatic and transgressive disease oppressed by a compulsive behaviour manifested in dualities - the one of your body and mind - and states of metamorphoses - mind becomes flesh become wounds become fluids become stains.
Play it loud if you want to become the martyr.
Play it quiet if you are the innocent victim.
There are no levels in-between.
Violent and intense, it is a hell of an ordeal, but withstand and you are promised bliss.

Tracks
Disc 1:
01 If It Bears Thorns Its End Is To Be Burned
02 Withstand The Fire
03 The Spirit Will Not Share The Guilt
04 Desecrated By The Blood
05 Purified With Fire
06 Without The Shedding There Is No Forgiveness
07 Death In The Body But Made Alive By The Spirit
08 The Temple Is Eternal Sacred
09 The Dark Age Will Come (Live VIII Congresso Post Industriale)
10 Sharing The Guilt (Live VIII Congresso Post Industriale)