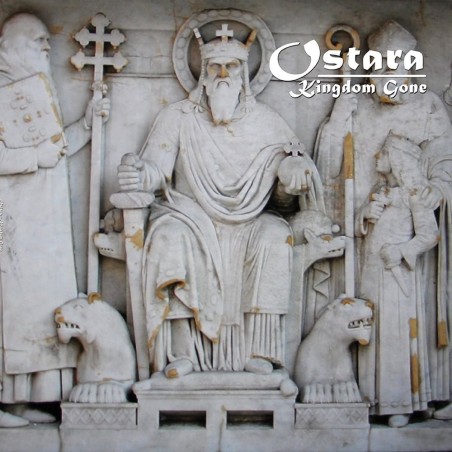 Kingdom Gone, Ostara‘s essential second album, has finally been released on limited edition marble or black vinyl. Remastered and beautifully presented with new artwork and lyrics, this compelling classic of the Neofolk genre features some of the duo’s most accomplished songs, including Bavaria, Overworld, Transsylvania, Kingdom Gone and The Hammer of Ages. Capturing the apocalyptic spirit of the early new millennium, this is an album that has stood the test of time, resonant with powerful melodies and lyrical symbolism which encapsulate the very best of Ostara.