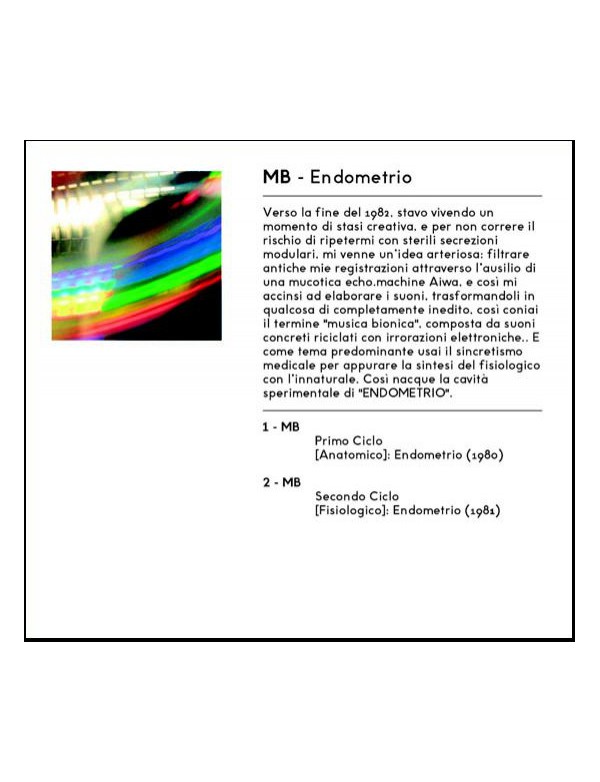 After the re-mastered and De-Composed re-edition of “S.F.A.G.”, OEC is proud to affer a new re-edition of another seminal and innovative album by the MB of the very first era.
This is one of the first chapters in the Industrial movment.
"Endometrio" was first released in 1982 by MB and is one of the first and seminal albums of the Industrial movment de-composed and self-released by Maurizio Bianchi.
This new re-edition was completely remastered and is offering a second CD with 2 re-mixes of the original tracks made by two primer Italian projects of the Industrial and Experimental-Ambient scene.
A milestone which can finally be heard with best sound standards but with the old spirit of his original roots.
And re-listen it in the "de-composed" versions by BAD SECTOR and SIGILLUM S, two primer projects of the Italian Industrial and Dark scene.