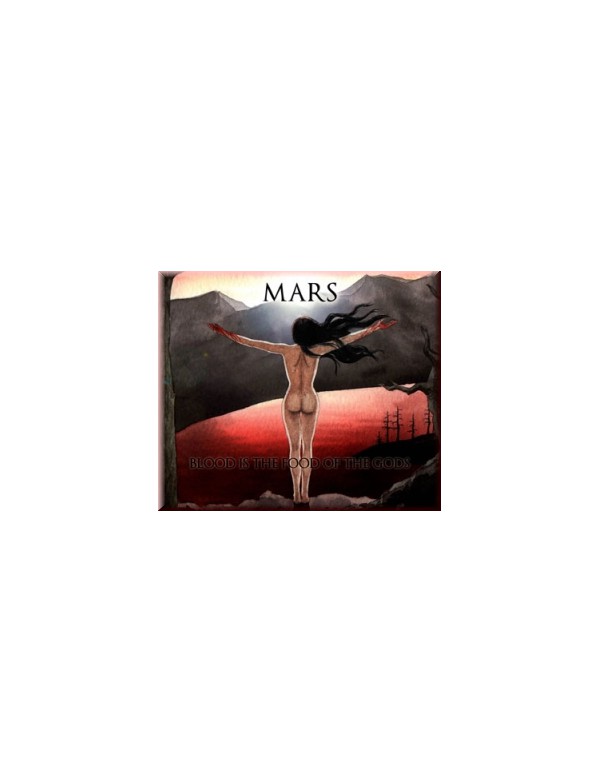 MARS - Blood Is The Food Of The Gods [CD]

‘Blood is the Food of the Gods’ - MARS, a pagan brotherhood founded in 2011, present their third release after the folk-debut ‘Sons of Cain’ and the powerful vinyl-e.p. ‘Sacrifice’. Inspired by American pagan folk and apocalyptic philosophy the sound of MARS is dominated by purely acoustic arrangements using guitars, various percussions and two male voices. Their drum-driven hymns tell of the persisting powers of nature, of the ancient breath of the gods and of the Eternal Cyclic Law of life. This is no simple escapism into dreamy realms, it’s a multifaceted journey into the subconscious parts of the human spirit, driven by pounding rhythms and accentuated guitars.

With ‘Blood is the Food of the Gods’ MARS has become a powerful force in the European pagan underground. Their songs are energetic rituals to awaken the forgotten powers.

Like the 12” ‘Sacrifice’ before this album displays unique hand-painted artwork by Nadine O. Demmler. Featured are new interpretations of ‘Icarus Falling’ (:Golgatha:) and ‘Man is Disorder’ (Aeterna).