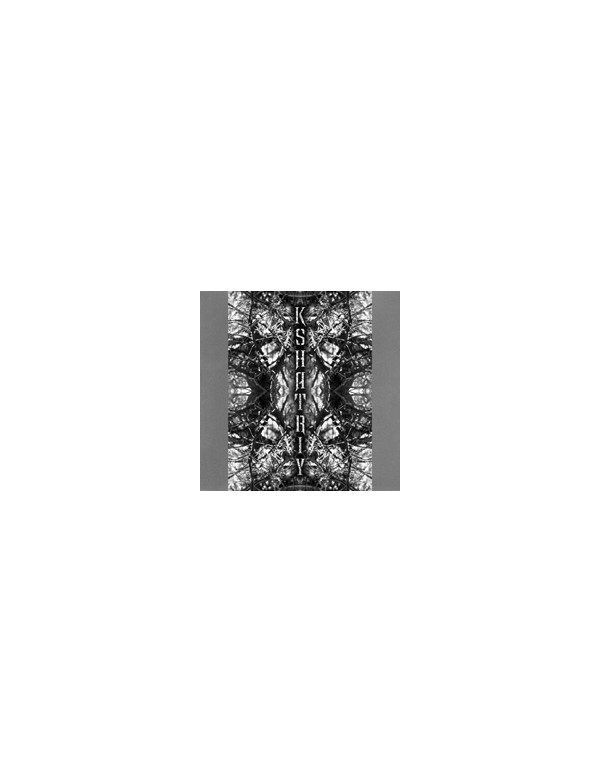 During the 10 years of its existence Kshatriy has earned a strong reputation on the Russian dark ambient scene. Among his works are 3 full-length CDs on our label Muzyka Voln, collaboration releases with Vresnit and Bardoseneticcube and also several tracks on compilations including the recently released LP "Drone-Mind // Mind-Drone Vol. 3" (Drone Records, 2014).

This recording is the first finished studio material recorded by Sergey Uak-Kib in 2005. Initially it was released by the author himself as a small CD-R edition, all copies of which were quickly spread between friends and collectors. This year the album was taken out of the archives, remixed and remastered and we are pleased to introduce it to your attention in a renewed form.

Cold, dark and empty cosmic-scale spaces turn into rare oases of living pulsations but this illusion of immersion in organic matter doesn't last long and dissolves in endless flows of sonic winds. The album features almost no melodic lines but its fractal-patterned structure gives the music the magical power that allows to keep the listener's attention captured throughout this short trip.

The physical release is made on quality pro-CDRs in an edition of 77 copies in a sleeve of designer silvery cardboard.