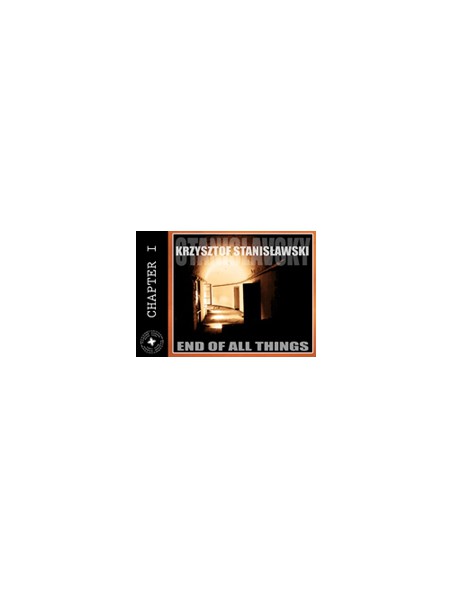 
Debut material of polish composer Krzysztof Stanislawski- the artist who says that he’s inspired by movie music. There’s no doubt that in his works we can hear the echo of: Clouser, Zimmer or Goldenthal. All orchestral sounds are mixed with industrial bits and grates which gives new quality.
„End of All Things” could be it the same line with soundtracks of „Pi”, „Saw” or „Even Horizon” and there’s no exaggeration in it.
Imagination of this musician and his own insight in illustrative music leads listener to new, different dimension of thriller. In his works you will find no exaggerated pathos and boredom. This album is full of emotions, passion, action, tempo changes, surprising atmosphere changes.
We recommend this material to those who like classical soundtracks but also to everyone who like industrial music.

Zoharum opens new serie IYHHH-CDs in limited edition 444 pieces. The main idea of this serie is to show interesting, remarkable music projects, which usually have their debiut by this release.But we also wish to remind You about rare, unavailable materials of these projects, which have been existed on the music scene from longer time and their side-projects etc. We can say that the main purpose is to protect this wonderful, original music from the oblivion, but also to recall and refresh it to new audience and collectors.. Albums signed as IYHHH are released on CDs, packed in uncoventional ecopack in format simlar to occasional card with added post card. Each part of the serie will be the same design but different cover and catalogue number.