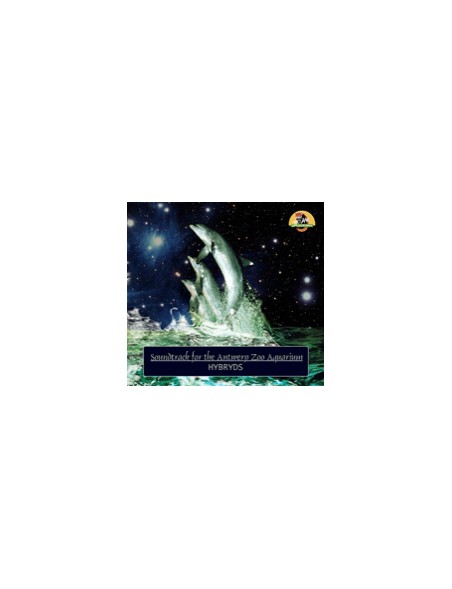 HYBRYDS - Soundtrack for Antwerp Zoo Aquarium // ZOHAR 022-2 The reissue of a long-deleted classic album by this legendary Belgian
project.
'Soundtrack for the Antwerp Zoo Aquarium' is an unusual album, even in
comparison with other Hybryds works. It was created especially for the
150th anniversary of the Antwerp Zoo. Music composed by Sandy and Hermann
(of Ah-Cama Sotz) was woven in between the sounds of dolphins, killer
whales and the noise of the underwater world.
The Zoo director wrote the following in the preface: "Soundtrack for the
Antwerp Zoo Aquarium" is a musical journey of the similar stature as "20
000 Leagues Under the Sea" by Julius Verne. Let it be the best
recommendation for those who haven't had a chance to get to know to one of
the best and most interesting albums in the Hybryds discography.
SAMPLE