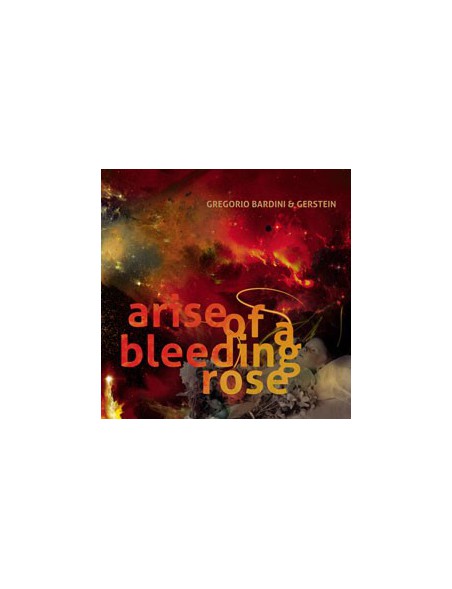 At that time Gerstein was moving his first steps composing his piano experimental suites, while Gregorio was active as keyboard and flute player with Thelema first and with Kino Glaz then. They missed their contact and during the last twenty years Maurizio experimented with musical styles and atmospheres (see his 1993 «Sucker» album for his intimate piano/guitar ballads as well as the CD released by Discordia in 1996 for his first steps into anxious electronic/guitar soundtracks composition, to name few) and Gregorio studied flute with Severino Gazzelloni, became a trained blow instruments concert artist and collaborated with Tuxedo Moon, T.A.C. and many others. Gregorio studied also Euro Asiatic and Indo European cultures/sounds and explored these themes producing different albums on the Arx Collana label. Their paths crossed again when Maurizio received the Gregorio Bardini first release for The Eastern Front label (titled «Sentinelle del Mattino») for a review on Chain D.L.K. (magazine that he founded with Marc Urselli in the mid '90s). Maurizio asked to Gregorio if he was interested into a collaboration and after his positive answer, he prepared ten electronic tracks that were aiming to create a timeless suspended in time effect where fears and hopes were battling like a clash of titans. Electronic sounds, piano, kettledrums and drum machine patterns have been used having in mind the Keith Emerson soundtrack to the «Inferno» movie as reference for the atmospheres he wanted to create. Gregorio added flutes, ocarina and performed spoken word and singing, Maurizio gave his voice only to the main track «Arise Of A Bleeding Rose», a song/anthem for the whole album which is focused on the regain of the original self.

«Arise Of A Bleeding Rose» sounds like no other album of the genre and sees as guests Bleiburg and Paolo Longo Vaschetto whom also took care of the final mix.