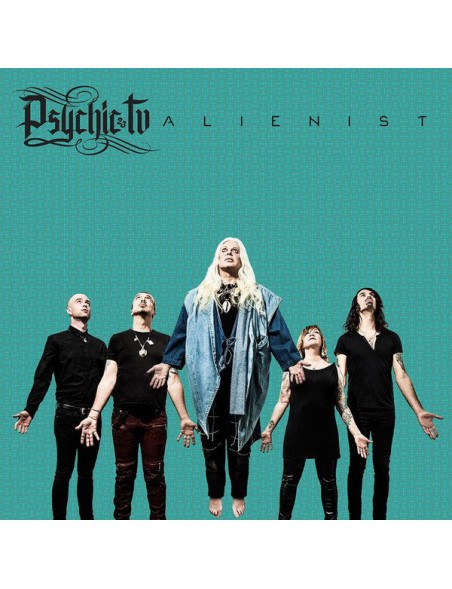 Psychic TV new album ALIENIST out on LP format via Angry Love Productions will be also released as a CD in a limited edition of 500 copies through OEC.
Alienist includes two original tracks:
the haunting yet emotional “I’m Looking For You”; an epic, multi-layered, metaphysical exploration in the form of a conversation between Genesis and “Lucifer”, who is in hiding after his failed rebellion is over, and the title track “Alienist” which is a delightful fusion of dance grooves harking back to PTV’s Acid House days and the group’s current love of heavy psychedelic rock.

On a European tour in 2009, Genesis proposed the band perform the classic “Maggot Brain” by Funkadelic as a musical interlude.
After the tour, the band went into the studio to give a try at a recorded interpretation of the song.
The result was astounding and the band set forth on a series of 12″ records, yearly interpreting a rock classic and then offering a new song on the B side.
Mostly chosen by drummer and co-producer Edley ODowd, songs have previously included “Silver Machine” by Hawkwind, “Mother Sky” by Can and “Dropout Boogie” by Captain Beefheart.
Alienist continues Psychic TV’s fascination of reinterpreting contemporary rock classics.
This time tackling “Jump Into The Fire” by the late Harry Nilsson as well as Genesis’ teenage favorite “How Does It Feel To Feel” by ’60s British psychedelic rockers, The Creation.
Alienist is the follow-up to 2014’s highly acclaimed Snakes which in part, explored Genesis Breyer P-Orridge’s foray into African Vodoun culture, the title track of which will be used in the forthcoming documentary Bight Of The Twin, which focuses on Genesis’ explorations in Benin, Africa.