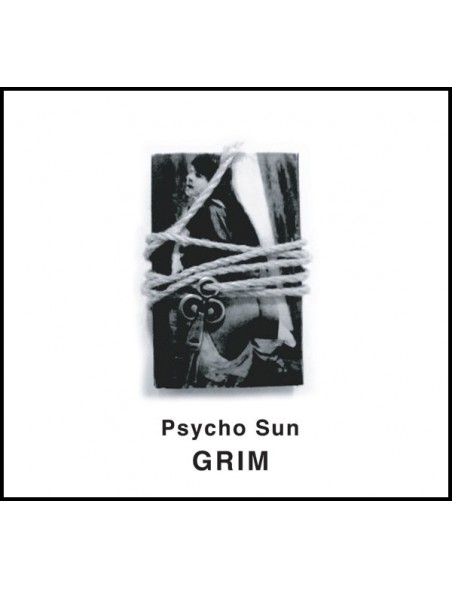 What Steinklang presents You here is the next REVOLUTION after the brilliant revival of Japans Ritual Industrial legend VASILISK. "Psycho Sun" is the first new album of Japans Noise-Pioneers GRIM since 27 years and their sound did not loose a single quantum of power in all those years!
This is PURE GRIM, like three decades before!

In the mid 80ies GRIM released three incredible milestones of Industrial Noise music, the LP "Folk Music", as well as the 7" "Amaterasu" and the more folky 12" "Message". These three releases always were and still are the "holy grail" amongst the most wanted collectors-items of this genre.

Short history: GRIM as well as VASILISK developed out of the legendary Industrial duo WHITE HOSPITAL (aka Jun Konagaya and Tomo Kuwahara). Both artists were mainly inactive over the last 25 years and now both felt the sparkle to start again doing music, but not like most other "re-starters", who are just a pale shade from their earlier times - GRIM and VASILISK are doing the same fantastic music now, than they did in their early years!

DISSECTING TABLE - All Things In The Universe [CD]