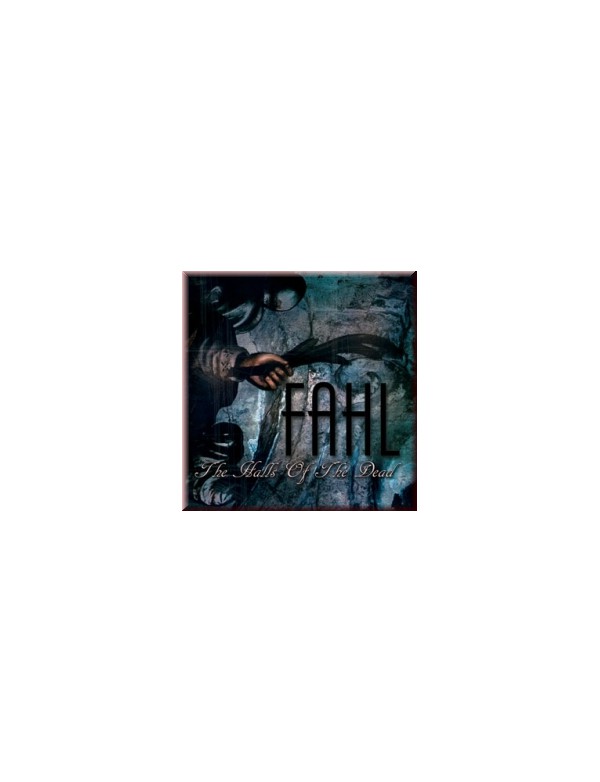 FAHL was founded by Dimo Dimov, Marcel P. and Cornelius Waldner in autumn 2008. All members have been active in several Dark Folk, Neoclassic and Black Metal–projects for some time, among them :werra:, Von Thronstahl, Allerseelen, Sagittarius, Miel Noir or Svarrogh (just to name a few.) Four years after their debut „Paths To Emptiness“, FAHL’s second album „The Halls OF The Dead“ is not just a compendium of songs lyrically influenced by the „Mahabarata“, Stefan George, Ludwig Fahrenkrog, Carlo Michelstaedter and Hermann Graf Keyserling, but musicalwise the consequent continuation of what has been started four years ago. „The Halls Of The Dead“ is a dark opus of 13 occult ambient tracks that’ll haunt the listeners by it’s lyrical and musical depth and sincerity. „The Halls Of The Dead“ for sure is not an album for the fainthearted listener.

The artwork fort he album was done by well-known foto-artist Laetitia Mantis, being a long time friend with the band and it’s members, putting even more emphasis on the occult character of FAHL.