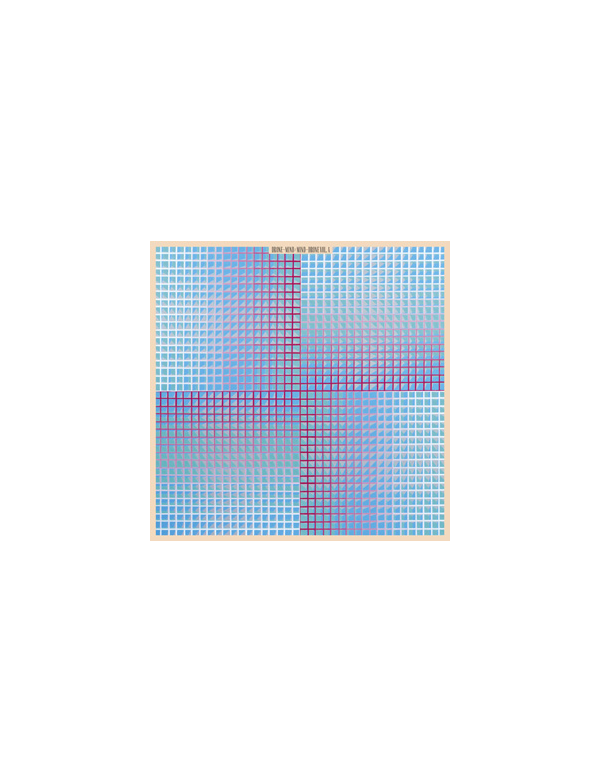 Note: after a long break listening to many demos of newcomers (showing us the drone 'scene' is alive & kicking!) we can finally present you Vol. 4 in our ongoing series, with new names you probably don't know yet: JEREMIE MATHES (France), KIRILL PLATONKIN (Russia), ILIOU PERSIS (Portugal), and ROMAN KHARKOVSKY (pseudonym for a drone ambient newcomer from Pakistan!); edition of 400 in four vinyl colours [each lim. 100 for every artists choice]

DRONE-MIND // MIND DRONE - Volume 4 :
"travelling with Drone Records around the world to the MINDs of artists creating drones... "

This LP-series from Drone Records is dedicated to the Drones of the World, and the Drones of our Minds. A kind of continuation of the (almost legendary) Drone 7"-series, with artwork based on huge paintings by British artist PETE GREENING.
The series shows the various sides of todays experimental drone-music.

Drone Music is seen as more than a mere 'music style', it expresses an approach to perceive & understand the world. DRONE-MIND and MIND-DRONE build a circle of diverse inter-relations. The Drone as a metaphor for everything that vibrates, that releases energy - from atoms and elementary particles to the hum of the earth and the universe. The Drone as an entity that connects everthing that exists within our own "mind-space", perception and self.

KIRILL PLATONKIN : emotional power drones of a higher beauty
This artist from Blagoveshchensk (the very east Amur region of Russia) excites with two Guitar-Drone pieces showing a very 'direct' mixing (no fading), revealing a highly energetic, yet completely elevating character...."a free interpretation of a magic flight on some air or space transport" (the artist's description about one of the tracks).

JEREMIE MATHES: cavernous metal tank drones
A drone newcomer from France (who is currently living in Cambodia) with so far three great releases on Mystery Sea / Basses Freq. - using field recordings as a basis... on "Uunartoq Qeqertop", his contribution for MIND-04, we hear raw materials that were collected in an reverberant metal tank, reaching out for "density, emptiness, accumulation, disintegration, evolving with altered collages and processed sound from the original material " [Jeremie Mathes]

ILIOU PERSIS: surrealistic drones inspired by the psychology of masks
"... an enormous amount of power appears to explode from some silent part of my brain and I look at myself behaving more animalistic than an animal, less human than a walking god." [quote from the artist]
A highly interesting musician and anthropologist from Portugal is behind this project who is fascinated with the culturual & psychological implications of MASKS, which can transform the carriers consciousness in a strong way. The long track for MIND-04 is a journey into fascinating subconscious areas transformed into sound.

ROMAN KHARKOVSKY: melancholic nightshade drones
With this pseudonym we welcome the very first artist from South Asia (Pakistan) on Drone Records, who is closing the new Drone-MIND circle with two wonderful melancholic drift & dreamscapes, phantasizing about the nightly atmosphere at the bank of a certain river in the Ukraine..."Roman Kharkovsky is an entity of higher spiritual intelligence that belongs to Kharkov, city of Ukraine, and keeps playing music through the winds of Kharkov to Dnieper river to carpathian mountains and all the way to the black sea." [quote from the artist]