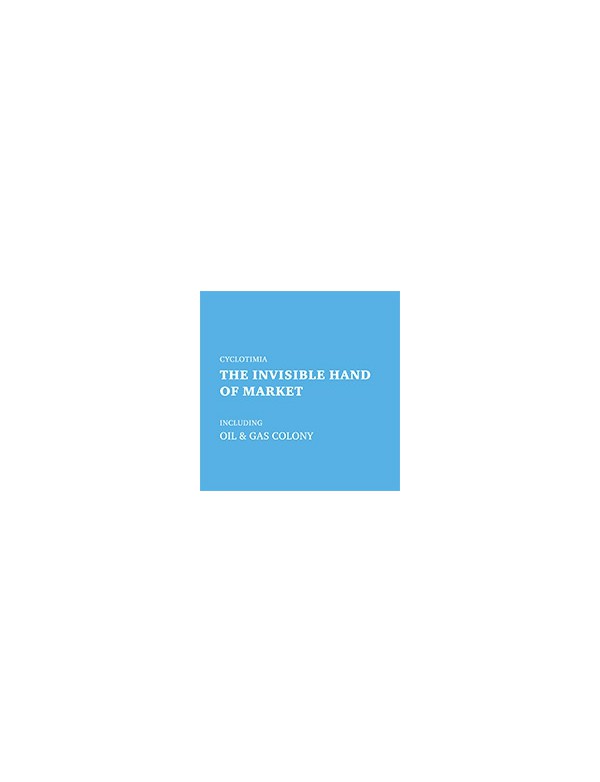 Cyclotimia
"The Invisible Hand Of Market"

The Moscow-based project Cyclotimia, well-known for its long-standing interest for the world of global finance, stockmarket speculators and multinational corporations, presents its new work "The Invisible Hand of Market". According to the musicians, this is not a conceptual album dedicated to the economic term of Adam Smith. In this case it's rather a metaphor "invisibly" linking together various compositions created during 2010-2013.

The album's program consists of ten polystylistical tracks combining such genres as "post-industrial", "minimal(ism)", "dark ambient", "experimental" and "downtempo". The main line is a connection between the "sacral" and the "futuristic", a combination of a liturgical atmosphere and electronic music based on the above-mentioned styles.

A separate part of the disc belongs to a 20 min. long electro-acoustic suite "Oil & Gas Colony" in five acts. Parts of vocal, classical string, wind and percussion instruments were recorded inside a dome of an abandoned radar station - a carbon fiber sphere 20 meters in diameter with a unique acoustic environment. This monumental work tells about the malignant nature of the resource-based economic model in modern Russia.