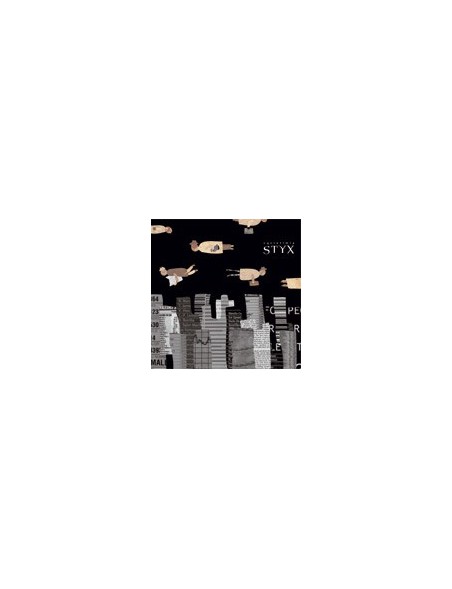 €11.00
Tax included
Last items in stock
Add to Cart
ZHELEZOBETON in cooperation with the Voronezh label Shadowplay and the Moscow label Monopoly Records presents the new 7th full-length album from the masters of "stockmarket industrial". "Styx" is the most mainstream-oriented work in the Cyclotimia discography. The music here is free of experimental and academic explorations traditional for the band; here the emphasis is made on the rhythmical component. Inexorable like an economic recession and steadfast like a financial indicator chart, eleven compositions depict the sickly technogenic reality of the planet wrapped by networks of global capital, media glamour and ideological obsessions... In the ancient Greek mythology Styx was the embodiment of primeval dread and gloom, from which the first living creatures emerged. This was a personification of the underworld river whose pestilent currents seclude life from death... Similarly to this mythic river, currents of credits, percent, funds, financial quotations, capital issues, barrels of oil and advertising spaces flow on the Cyclotimia album to the accompaniment of hard, sterile and atmospheric electronic music... Recommended to the fans of Skinny Puppy, Clock DVA, Laibach (of the "Das Kapital" period), Front Line Assembly.