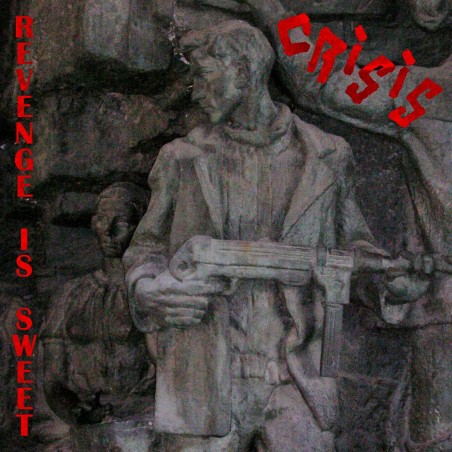 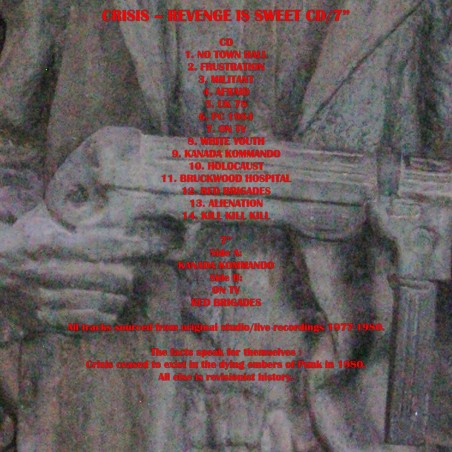 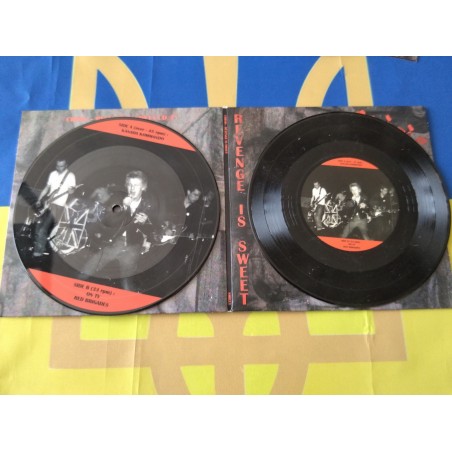 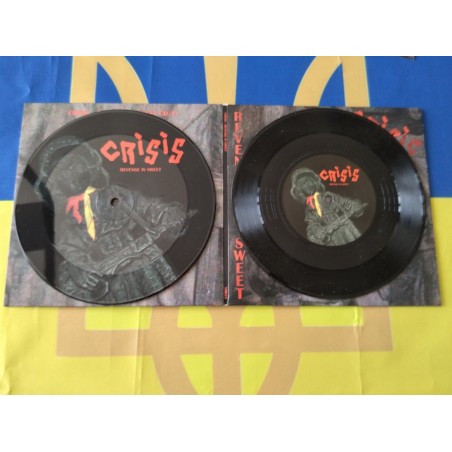 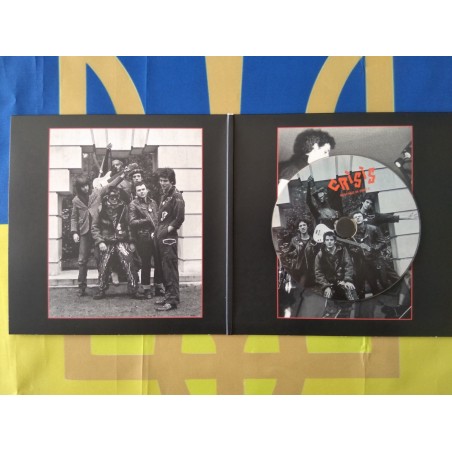 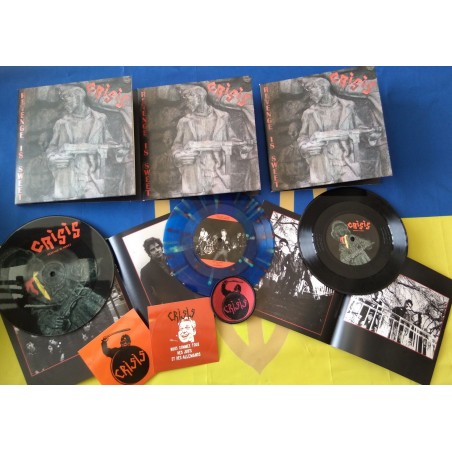 Finally, 17 years after the last time material was released on CD, a new retrospective compilation by Crisis, the punk band that gave birth to the phraze "Music to March To", has been released accompanied by a 7" e.p. in 3 different vinyl forms.

"Revenge Is Sweet" comes in three versions. All include the CD, 7", two stickers and a 16 page booklet including photos that have never been released before.
CD+7" Splatter : 200 copies ( includes exclusive Crisis patch)
CD+7" Picture disc : 512 copies
CD+7" Black : 293 copies