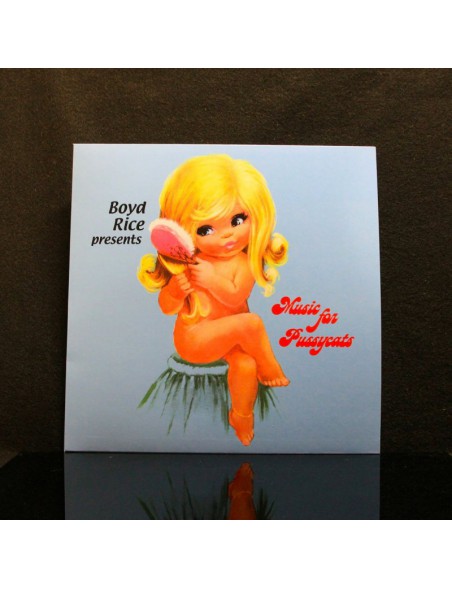 What we know of any culture or civilization ultimately comes down to what survives.

Objects made of stronger materials, or objects in wider general usage are what usually seem to be left behind. And it’s a shame. For every epoch whole crown jewels are preserved, we no doubt have thousands of chamber pots. In other words, we don’t know those things which may have been most interesting about past eras, yet we’re well acquainted with those things which may have been the most base or common. And so it is with pop music. For every song in endless rotation on oldies stations, there are thousands of others (some hits, some not) that we’ll never hear again. These are a few of those songs. And my intention in compiling this album is that I felt these songs deserve to survive, to be preserved.

These songs literally constitute the soundtrack of my life, going back to age 16 or perhaps earlier. It never ceases to amaze me that when I encounter aficionados of girl pop, none of them have ever heard of singers like Robbie Winston, Susan Rafey, Diane Ray, or most of the others on this comp–all women who I feel have contributed works equal (if not superior) to the best the genre has to offer. These singers, and the songs they’ve recorded, have long occupied a special place in my heart. And the knowledge that I was listening to songs that virtually no one else seemed to know of, afforded me a peculiar kind of thrill. A mentor of mine once told me that the power of forgotten music, is that when you’re perhaps the only person in the world listening to it, it’s as though it’s yours alone. Consequently, the experience of something magical becomes ever more magical. For going on 25 years, I’ve shared these songs with everyone close to me, all the while wishing that everyone interested in this type of music could be exposed to them. As much as I loved keeping these songs more or less to myself, I always had an odd sort of melancholy that they were never the huge hits I’d felt they deserved to be. In a better world each of these songs would have been a chart-topper, and the girls who sang them still playing sold out concerts in Vegas. I’ve spent years trying to track down some of these singers, and even the more well known among them (such as Priscilla Paris) seem to have vanished into thin air. But I didn’t want their memory–or music–to vanish, so I compiled this album as a sort of tribute to them. They, and others like them, may have missed out on the glory and rewards that they so sorely deserved; yet they created something uniquely enduring and endearing. And it deserves to endure. So I share it here with you, dear listener…

When this compilation was first released in 2001, the line up of songs was slightly different.  We have had to delete two songs by Honey Ltd., a girl group produced by Lee Hazlewood for his LHI label.  A contemporary record company was re-releasing all of the material originally put out by Lee Hazlewood Industries and asked that the songs be removed from any future pressings of “Pussycats”.  This is strange, because when I talked to Hazlewood back when he was living in Phoenix, Arizona, he claimed he had nothing to do with Honey Ltd.  In fact, when I inquired about the group, he asked “what’s a Honey Ltd.?”.  Perhaps he had a bad experience with the group and simply didn’t want to discuss them.  Or perhaps he was just drinking way too much Chivas Regal at the time.  Either way, this re-release needed some extra songs to fill it out.  Happily, that presented no problem for me.
– Boyd Rice, Denver, 2017

TRACK LIST
A1. Debbie Lori Kaye – Iron Cross
A2. Diane Ray – Please Don’t Talk To The Lifeguard
A3. Bernadette Castro – Get Rid Of Him
A4. Bernadette Caroll – Party Girl
A5. Susan Rafey – The Big Hurt
A6. Priscilla Paris – My Window
A7. Diane Leigh – Day After Lonely Day
A8. Priscilla Paris – Help Me
B1. Robbie Winston – Help Me
B2. Susan Rafey – Bring Back The Love You Gave Me
B3. Lori Burton – Love Was
B4. The Peanut Butter Conspiracy – Dark On You Now
B5. Bernadette Castro – A Girl In Love Forgives
B6. Donna Lynn – Navy Blue
B7. Diane Ray – Snow Man
B8. Robin Ward – Wonderful Summer