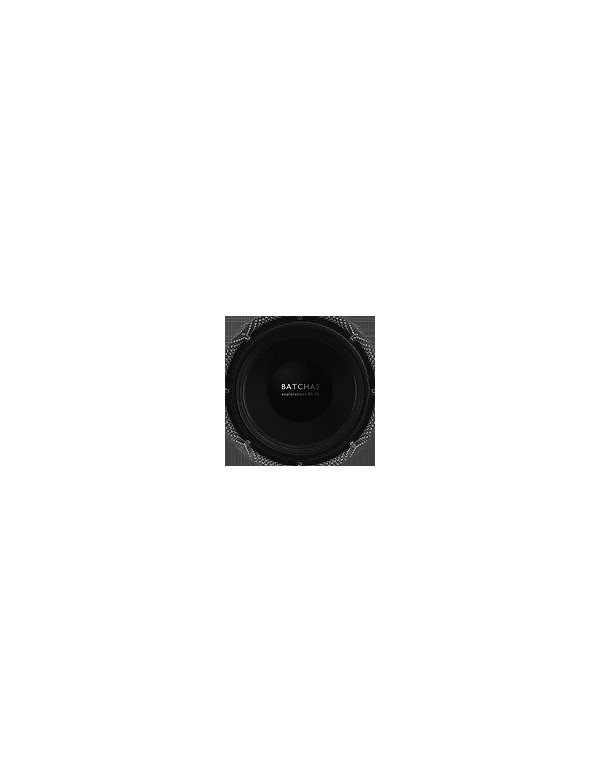 €6.00
Tax included
Quite unexpected, but surely long awaited comeback of this mysterious Swiss-based project, returning to the musical scene with the new album released after ten years of oblivion. This is another masterpiece of minimal analogue synth-sound alchemy, a journey through Batchas acoustic world allocated in the deep space between two acoustic radiators of stereosystem.

Robert Massé is the man behind Batchas, Freq63, Mydaüs, Trebor Semas, Microscope and side-projects like Myiase and Mental Showdowns. He was born in 1963 in Nice (France) and got interested in unconventional musical arrangements since his very childhood: started from the household electrical appliances exploration and self-made mind-blowing gear in combination with cheap processing/recording equipment, he got first real art studies at the Ecole des Beaux-Arts in Marseille (1981). Influenced by industrial and avant-garde music, but also in things like mail art, tape network, limited vinyl editions and hand-made covers, he created Scrotum Production label in 1985, based in Paris and mostly intended for his own productions as Batchas, ranging from electroacoustics to industrial music. All releases were limited edition tapes with handmade packaging. After a couple of years living in Berlin, Robert moved to Zürich, where he released his first CD called “Tahafut-Ul-Tahafut” (1993), mysterious tapestry of piano sounds gently treated with atmospheric effects, voices, samples etc. The live performance with guests musicians from Zürich at the Musiques Ultimes Festival in Nevers (France) indicated the beginning of a long collaboration with the french Noise Museum label, which starts with the publication of Batchas “Live in Nevers” LP and “Mydèse” CD.

Since 1998, excepting a couple of performances as Myiase with his old mate Roger Rotor and a very few collaborations with other musicians in Zürich, Batchas stopped all his musical activities. Today, he is working as a Flash developer. "explorations 85-95" is the last Batchas studio release. It contains tracks from an old unreleased album as well as totally re-worked and remastered material recorded between 1985 and 1995.
1454
1 Item