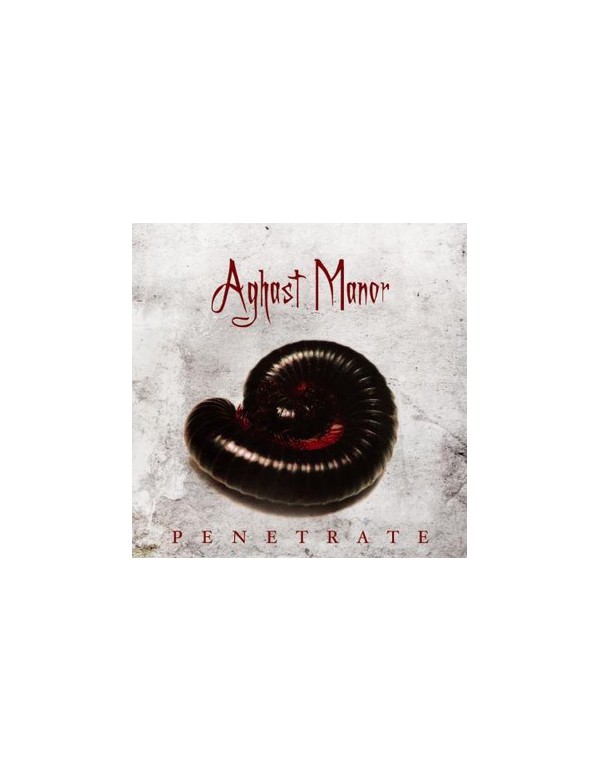 After the highly praised masterpiece "Gaslights", AGHAST MANOR return with the second album "Penetrate"! Aghast Manor as a whole is a creation of musician, novelist, actress Andréa Nebel and on this album grand Dark-art master Jouni Havukainen (IN SLAUGHTER NATIVES) joined her! ”Penetrate” invites you to a dark and haunting flair of ambient sounds combined with styles of dark cabaret and jazz noir. Sinister and peculiar indeed, but undeniably beautiful and alluring! ”Penetrate” seduces with an overall concept of 1940’s Paris, fallen suicidal women, wicked asylum nurses and Russian spies. As Andréa explains: ” Penetrate is in a way for me a journey through the typical clandestine stereotypes of different European countries, like the songs ’Fleur de Marie’ and ’Today is My Day’ with atmospheres of Paris’ shady cabarets and colourful harlots. Or songs like ’Asylum ’45’ and ’Worship Me’ with images of Dominas, German asylums and wicked wardens, or the mighty ’The Venice Murder’ which is supposed to invoke images of Venice gloom, phantoms and poisoners, or the bizarre song ’Spy on the Wall’ which reminds me of a James Bond movie with all the creepy Eastern spies jumping from behind doors... Aghast Manor has a lot of ’Galgen- humor’ and I want the music to be there for everybody who likes to enjoy a little strange and haunting experience... it’s best enjoyed alone at night!”