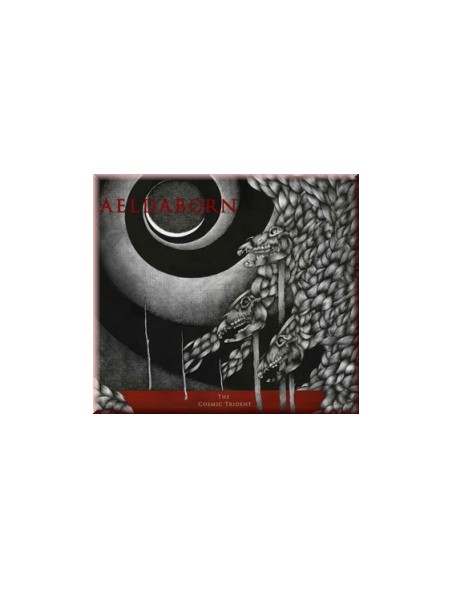 „The Cosmic Trident“ is the second album of AELDABORN, consequently following the path of their debut „Fountain Of Darkened Fires“. Now consisting of Thomas Lückewerth, Philomela, Sepp Funkel, S. Dante and Axel Burgard AELDABORN celebrates old ancient myths by the poignant use of martial influenced Dark Folk and Ritual music which leads the listener to Viking Kings („Hakonarmal“), the finnish Kalevala („Vainamoinen“), the mountain tops of the Hindu goddess Shiva („The Cosmic Trident“), the funeral rites of the tibetian Bön („Mound Of Bones“) or to the hidden doctrine of the Qlipoth („Satariel“). In addition to the diverse vocals of the band guest performances by Frater Eremor (“Im Kraftstrom des Satan-Set“) and Asenath Mason (Foundress of „Temple Of The Ascending Flame“) put even more emphasis on the mythical and spiritual direction of the album. The sound is characterized by guitars, violin and drums in combination  with the passionate lyrics, changing between melancholy, heros and aggression. The album will be released with exclusive paintings of the finnish artist Veera Pitkänen in an elaborate digipak and booklet.