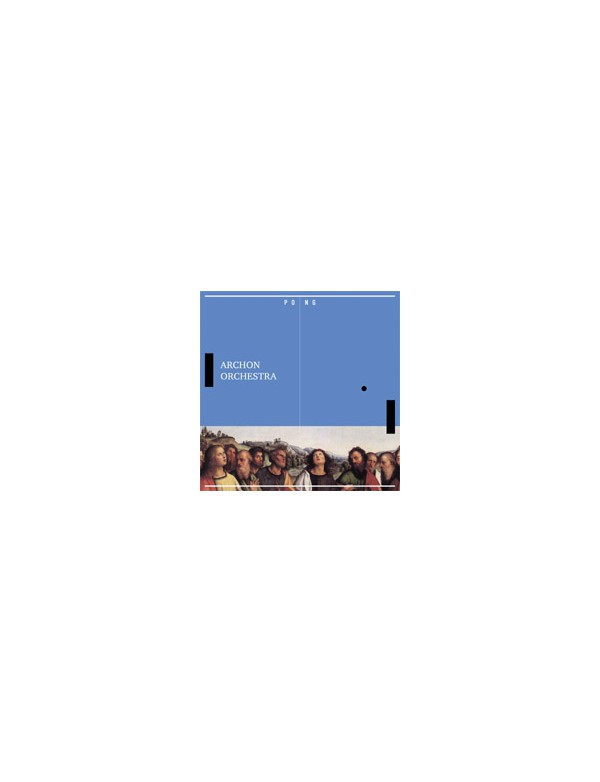 * bandcamp.com Muzyka Voln in cooperation with the Moscow label Monopoly Records and under the aegis of the Voronezh company Shadowplay Records have released the debut album of the project Archon Orchestra. The compact disk cover shows a collage with a fragment of a Renaissance painting on which biblical saints look at the "sky" above them and see the game "Pong" being played there (a cult arcade game from 1972, first game by Atari company). What could this marvellous picture mean, let the listener decide...

The main instrument on this CD is the organ, which sounds in fast mechanical sequences a bit unusual for our ears and more typical for the Berlin school of electronic music. Simple compositional structure meets vivid expression, liturgical atmosphere and a sublime metaphysical line running through the whole concept of the project.

Some parallels can be drawn with the CD of the Sphere Rex project, released in 2009 by the same community of labels. And it is no coincidence, as both projects originate from the same "producer center". However if Sphere Rex makes accents on classical ambient and piano improvisations, then in the case of Archon Orchestra we deal with clearly structured music lying in the intermediate plane between the so called "holy minimalism" and "repetitive music".

We can recommend this CD to the lovers of Philip Glass, Steve Reich, Terry Riley and Recoil ("Hydrology" album).