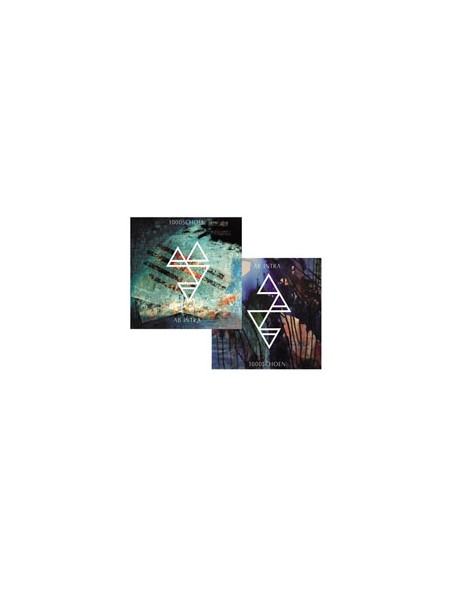 Zoharum proudly presents the split release of drone stalwart 1000SCHOEN (DE) and ambient soundscape sculptor AB INTRA (PL). Drone and ambient structures are places on the opposite poles, like fire and water, or air and earth. Acoustic music of 1000SCHOEN created with using only natural sound sources in mind and electronic compositions of AB INTRA complement each other on this release despite many differences. In the four parts of this split album various colours, shades, tones of such soundscapes are presented.
The content of the following split release would make up separate albums of both artists, yet they gain another meaning in such a juxtaposition, in changeable atmospheres, building tension and reflections. It is a unique record, a rare one in the scene.
This collaboration did not end up with sonic content only since both Radek Kamiński (AB INTRA) i Helge S.Moune (1000SCHOEN) paint apart from creating music. Hence the split album boasts two separate front covers submitted by the artists.

This release is presented in a vinyl replica sleeve and is strictly limited to 400 copies.
Release date: 24.05.2014