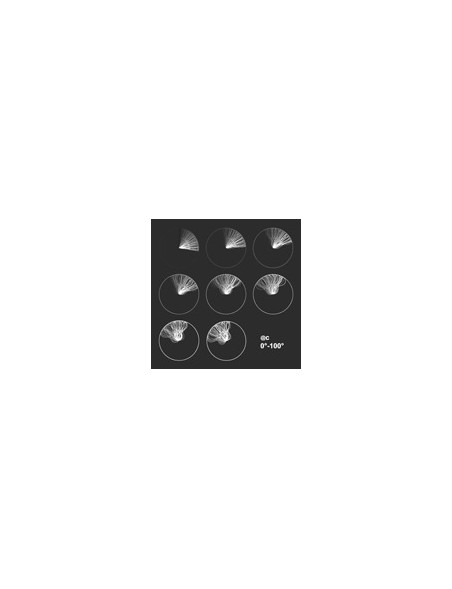 The new album of this portuguese duo (consisting of Cronica label owner Miguel Carvalhais and Pedro Tudela) is the long electroacoustic composition, which demonstrates the full range of soundprocessing diversity and creates the stunning images of great potential.

Pedro Tudela (1962) and Miguel Carvalhais (1974) collaborate as @C since 2000, developing their work along three complementary approaches to sound art and digital music: procedural composition, concrète sound and improvisation, with one foot in the fields of experimental, contemporary sound art and the other on live performance (where they also regularly collaborate with the Austrian artist Lia, performing as an audiovisual trio).
"77" started to take form in early 2007 and was developed until late 2009. Many of the sounds in this composition were created for the soundtrack of an installation by Lia and Carvalhais, dealing with concepts as liquid motion, flow, turbulence, percolation and phase transitions, which inspired the creation of several sound files sorted in three different groups, one for each section of the installation. During the process we had the chance to spend some time in the Atlantic island of São Miguel, where we made several recordings of the ocean, rivers, streams and volcanic furnaces, that complemented the remaining sounds. The installation soundtrack was devised as an open and modular composition, to be dynamically recomposed, as a library of sound files that we later used, transformed and shaped as "77". Three work in progress versions of this composition were presented live, in 4-channel mixes: in December 2008 in Porto, in May 2009 in Barcelona, and finally in October 2009 in Perugia, the first two in acousmatic setups, the later with Lia's live visual work. All these presentations shaped and shifted the piece to its final form, presented in this release, indexed in 8 movements to be listened sequentially.
1. 77(01) 04:42   2. 77(02) 04:44   3. 77(03) 03:42   4. 77(04) 05:00   5. 77(05) 11:11   6. 77(06) 10:59   7. 77(07) 13:05   8. 77(08) 08:25
Reference 687 Category A Brand Monochrome Vision
Quick View