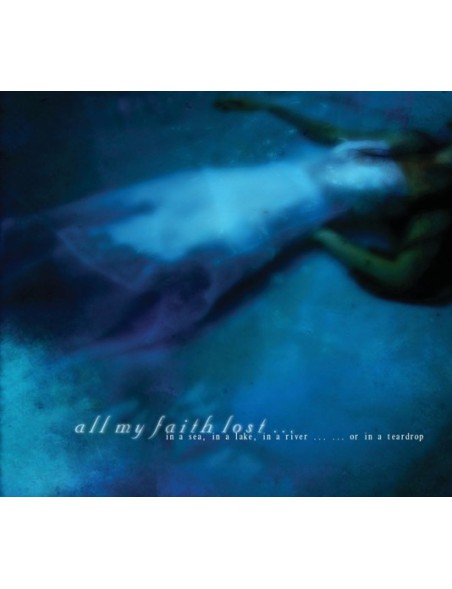 "In a sea, in a lake, in a river ... ... or in a teardrop" was composed and recorded by "all my faith lost .." in it's original line-up (Francis, Federico, Viola and Raffaella) as a first full album.The songs included in this album are inspired by spirits and
fairies somehow releated to water. There is Grageth-Anoon, a fairy that can be seen near small lakes, there is Argea,that comes out from a river to tell your destiny and Anja, a
fairy hidden in a tear. The sound of the album is just more acoustic than recent
releases of the band and almost all songs are following the verse/chorus/verse rule. Acoustic and Classic guitars are the main instruments at the base of the compositions,
flutes and delicate synths create, then, light arrangements giving that ethereal mood that will be more present in the following releases of the band. The vocal parts are equally divided among the male one (Federico) and the female ones (Viola and Raffaella) creating a perfect balance between heavenly/frail and profound/dark
atmospheres.
"In a sea, in a lake, in a river ... ... or in a teardrop"
is a beatiful travel in the early steps of "all my faith
lost ..." music.